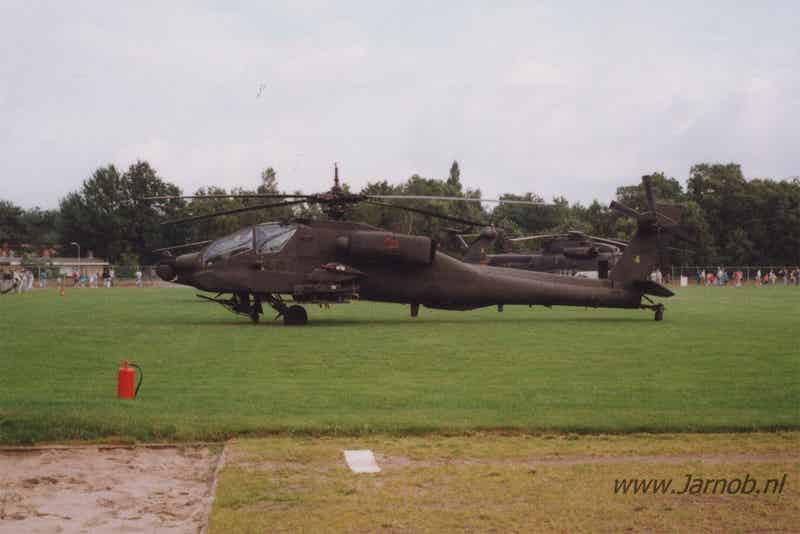 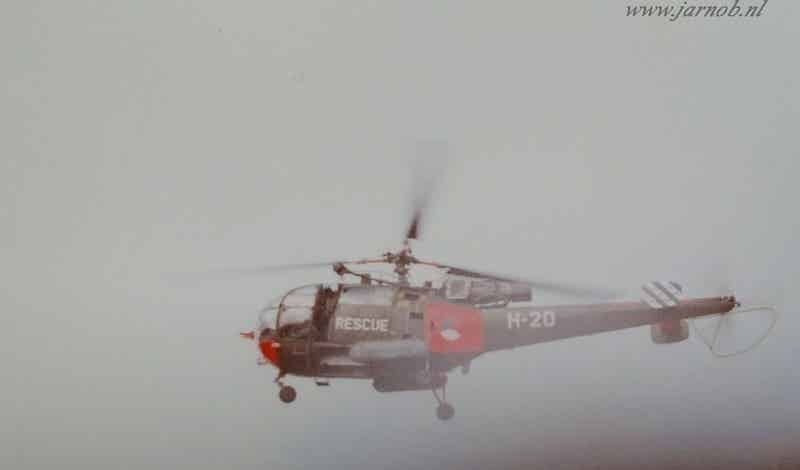 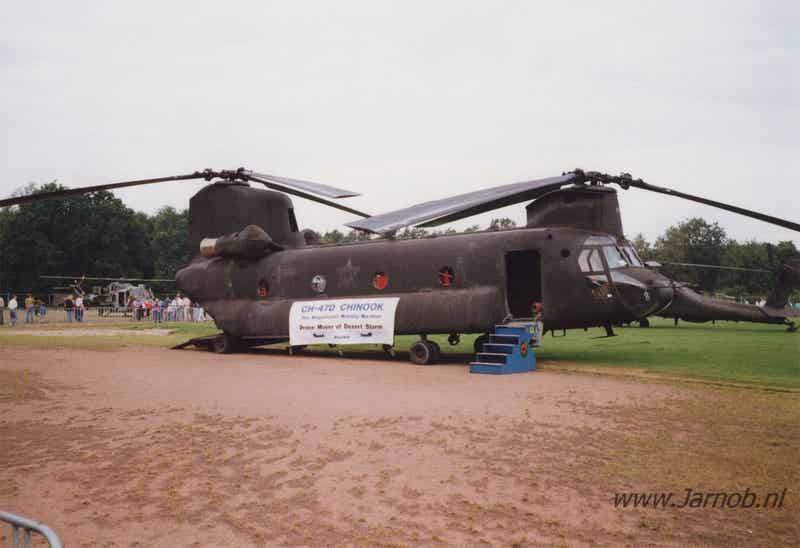 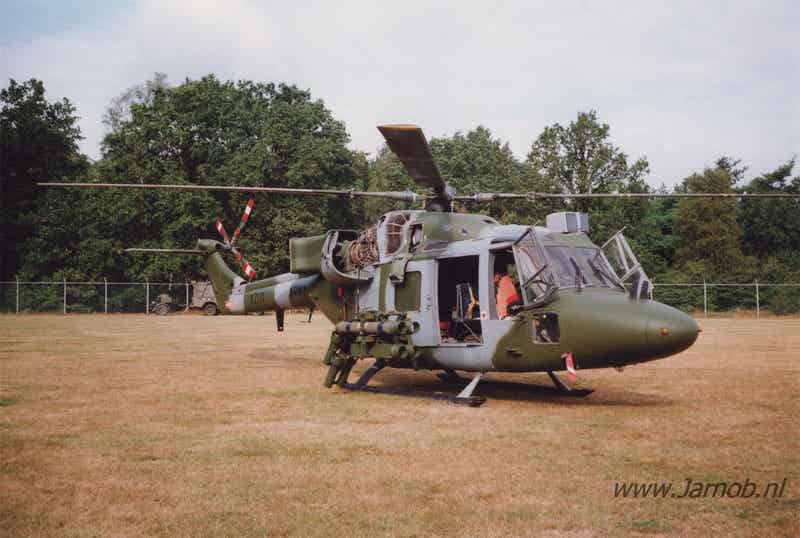 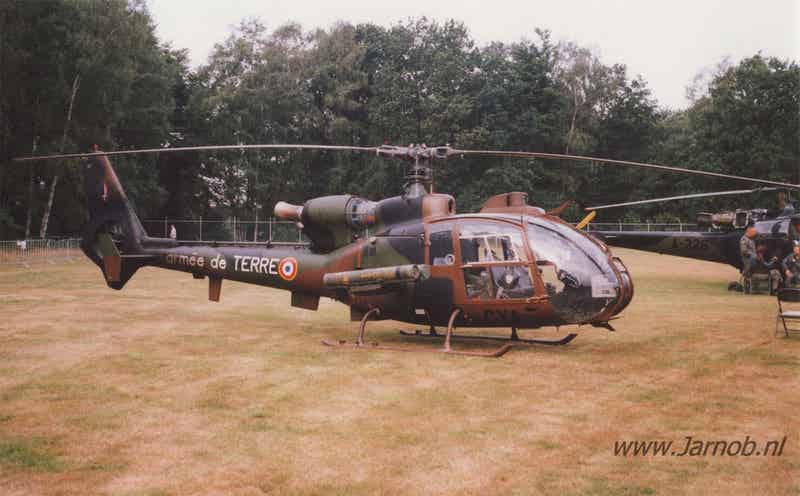 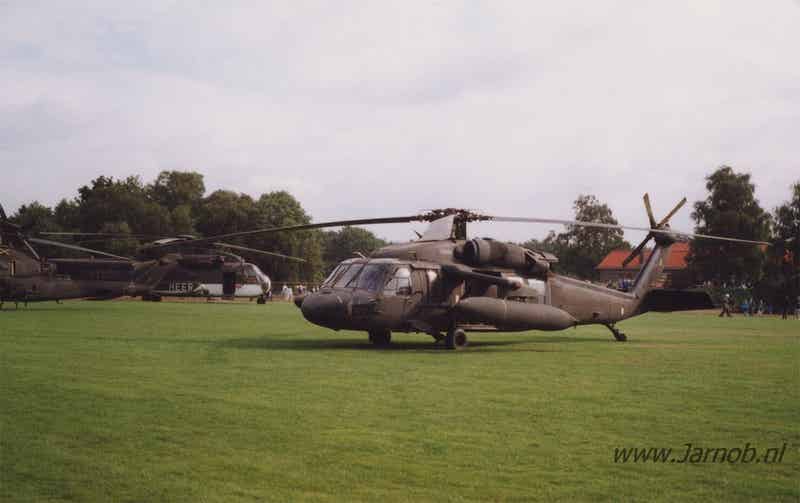 The Dutch army organized a huge army show in 1991 on the large barracks of Ede-Wageningen. Close to it were the Veluwe live-shooting practice ranges. Besides many vehicles, tanks and live exercises on the Veluwe there was also an air mobile area.

The Dutch air force was already orientating for future helo's to replace its aging Alouette III and Bo105 fleet. Possibilities were wide ranged: hence the plethora of static helo's: representing were a Cobra, Apache, Chinook, Gazelles, Blackhawks, Lynx and CH53. Most were possible follow up aircraft ; as we all know now, the Apache and Chinook would eventually be the winners!