The Reliable Sword exercise was held during May 2014 and was used to train the Dutch Air Mobile Brigade 11. A Czech unit also participated as well as German paratroopers. Several air assaults were performed using a C130 Hercules and Dutch CH47D Chinooks. On the Ginkelse Heide, near Ede-Wageningen/ Arnhem (where also the September Market Garden memorial exercises were held), a NATO Papa air base C17A was used to drop the Dutch and German paratroopers. On the ground several Air Mobile Brigade vehicles were driving around and some pathfinder special forces para's landed very close to the gathered public (this day was an organized Reliable Sword related public event). Quite a spectacle to see a C17A drop paratroopers - a sight uncommon on Dutch soil. 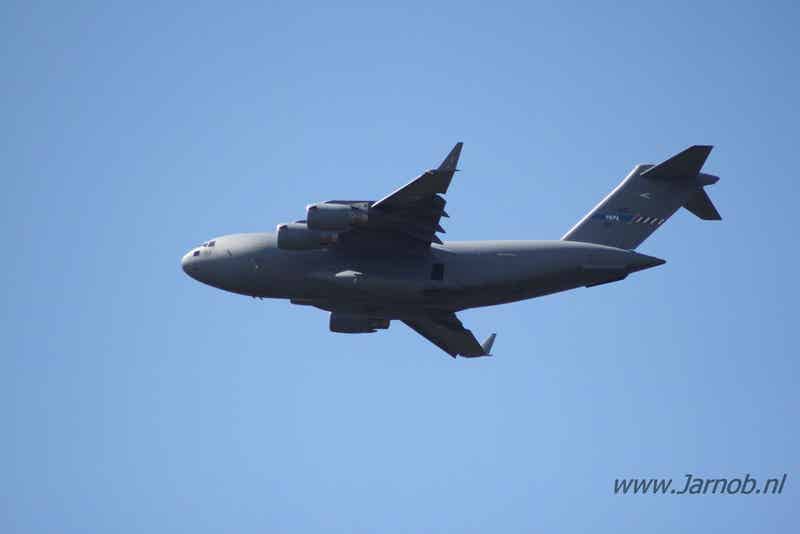 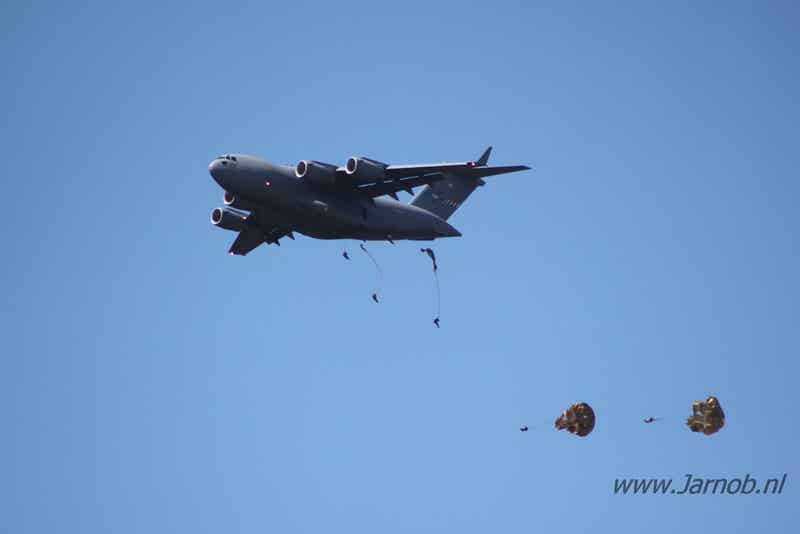 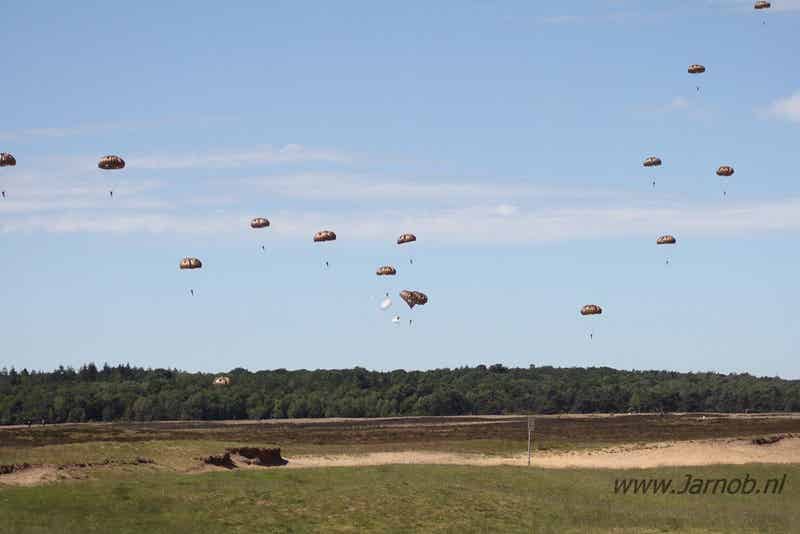 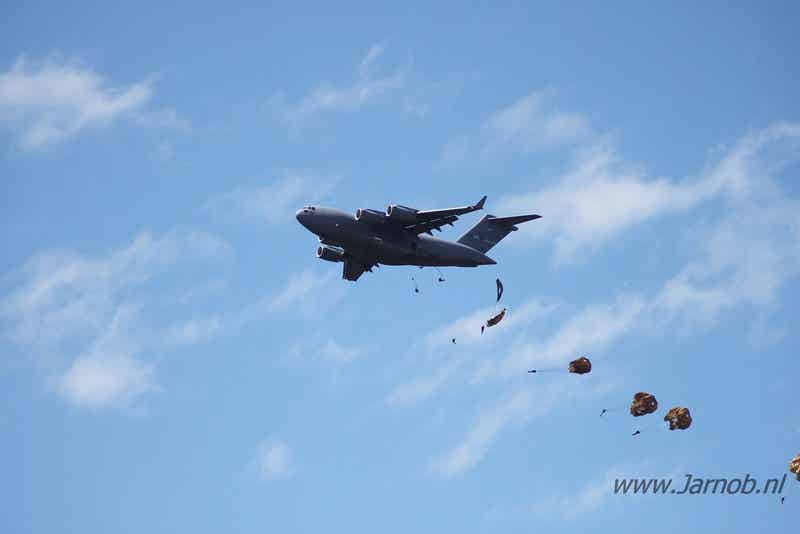 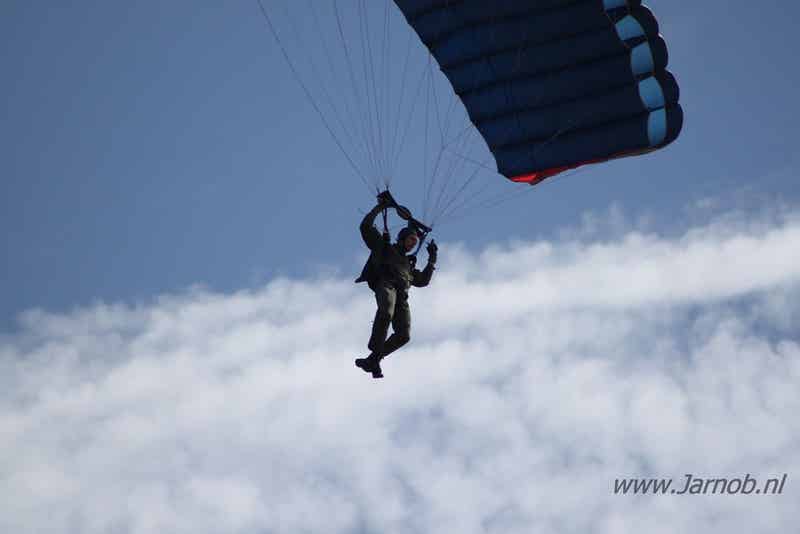 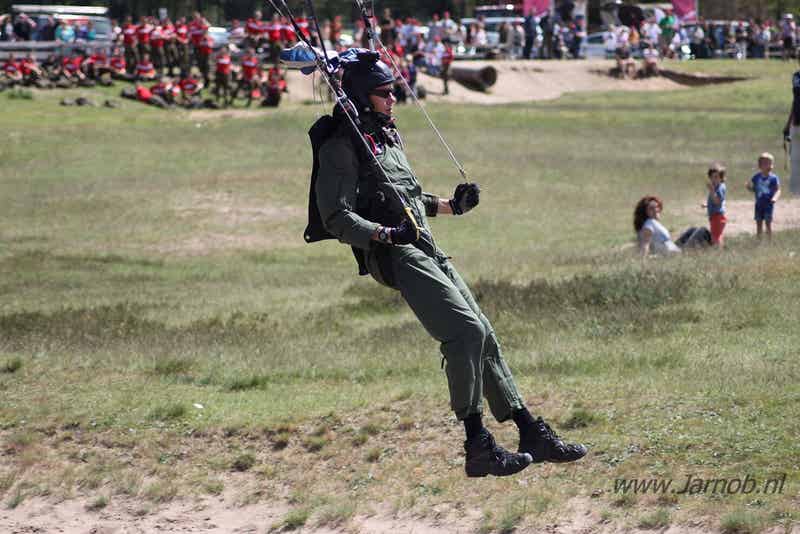 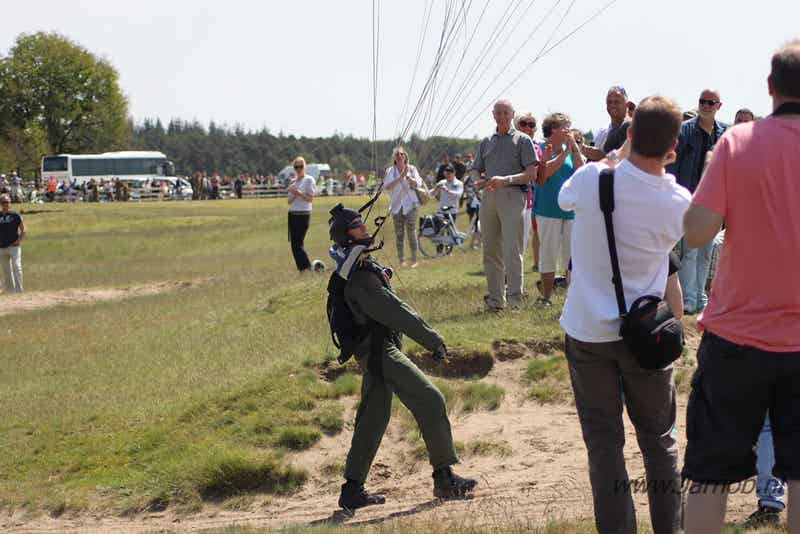 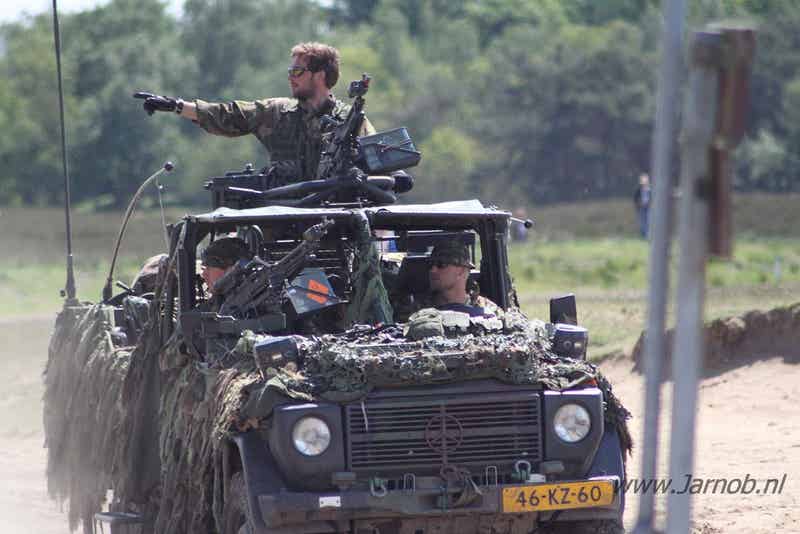 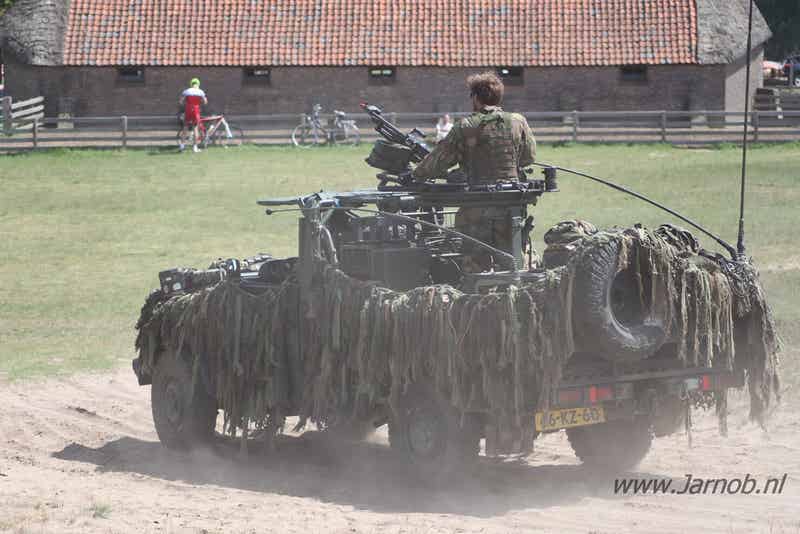