As of 2014 the US Army Europe facilitates rotations of continents of troops consisting of 7.000 soldiers accompanied by helicopter and amored units. These rotate on an annual base and are executed in order to support the European NATO allies with a large combat ready US ground force, known under the name 'Atlantic Resolve'.  The entire force normally is stationed on bases of NATO allies in Eastern Europe, participating in all kinds of (large) combat exercises to keep up high standards of combat readiness and teamwork performance with allied forces.

The rotation itself is a very large, resources and time consuming operation. Huge US transport ships, air and railway transportations are used. A year ago the rotation was led via the Zeebrugge harbor in Belgium. The departing US forces used Eindhoven air base and Rotterdam harbor for their route.

In 2021 the entire force, the one arriving from CONUS and the other departing the European Theatre, was led via Gilze-Rijen air base and Woensdrecht air base - both via the harbor in Vlissingen. All these locations are in the Netherlands.

The US ship ARC Endurance vehicles carrier (American Rol-on roll-off Carrier) was the ship used by the US Army to transport the entire fleet of helicopters and accompanying vehicles between Europe and CONUS (Continental USA). It can carry 9137t of material and has a gross tonnage itself of 7642. The frontside has a large superstructure which houses levels to pack vehicles and equipment - the rear has a large extendable roll-on/roll-off ramp.

The unit exiting Europe in 2021 was the 1st Combat Aviation Brigade - also known as the "Demon Brigade". This unit is part of the famous 1st Infantry Division "Big Red One", based in Kansas. The "Big Red One" has a long heritage of warfare starting from the 1st World War where it fought during the nost heavy battles immediately after the USA entered the theatre. During the 2nd World War it was deployed in the North African battles and Sicilly, after which is was located and fought during the D-Day landings of Normandy. After the 2nd World War it was deployed in all major US conflict: Korea, Vietnam, 1st Gulf War, Balkan wars, Iraq 2003-2011, Afghanistan 2008-2011.

Although not directly connected to the 1st CAB Helicopter unit, this photographs shows infantry of the 1st Infantry Division "Big Red One" landing on Omaha Beach during D-Day, which is just one of the impressive actions a,ong the heritage of this division.

The unit arriving from CONUS was the 1st Air Cavalry Brigade - part of the other famous unit the 1st Cavalry Division - based in Texas.

Originally equipped with horseback soldiers just after the 1st World War it entered the 2nd World War as (mechanized) infantry with (light) tank support in the Pacific theatre - while keeping a small horseback unit as tradition for parades (which still remains today). Some of the current Cavalry Regiments have a long heritage all the way back to the US Civil War as Union 'blue shirts' troops.

After World War 2 the division fought heavily during the Korean war. In 1965 it was transferred to Vietnam and tested a brand new concept: Helicopter air mobile infantry. The 1st Cav was the first unit ever to use large quantities of transport helicopters (UH-1 Hueys and CH-47 Chinooks) to infiltrate and exfiltrate combat troop directly into battle while being supported by UH-1 Huey gunships and AH-1 Cobra's. This was nicely depicted by the movie "We Were Soldiers".

Just three more impressive 1st Cav photographs during the Vietnam era; a 'Death Before Dishonor' Cavalry UH-1 Huey, a 1st Cav M60 MG gunner and a photograph of the battle of La Drang - the famous operation depicted in the movie 'We Were Soldiers'. 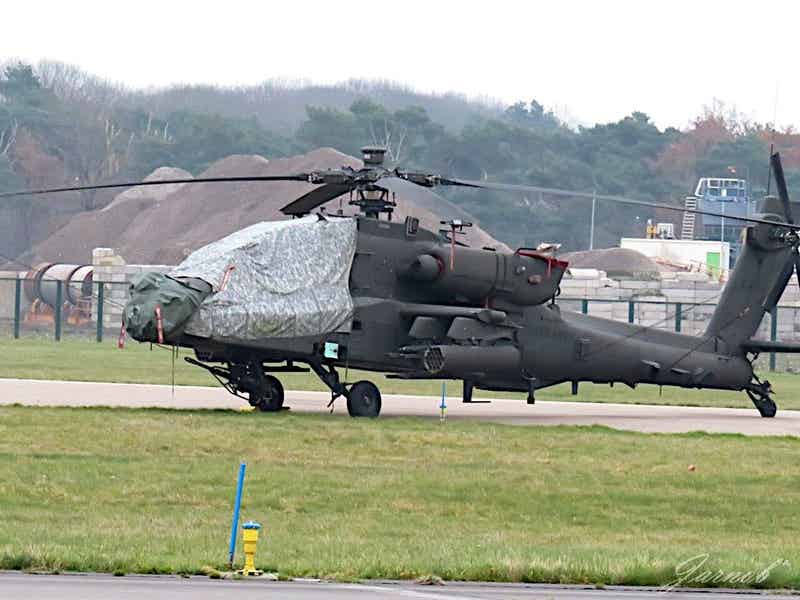 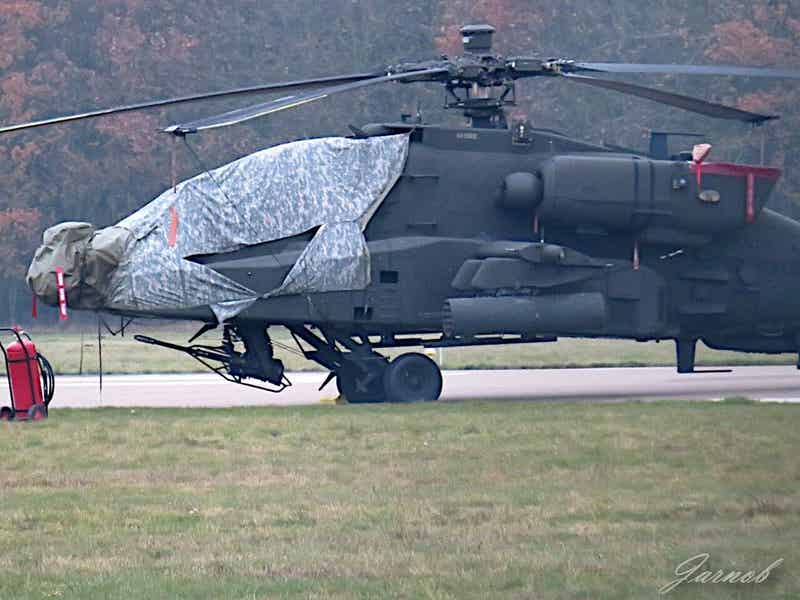 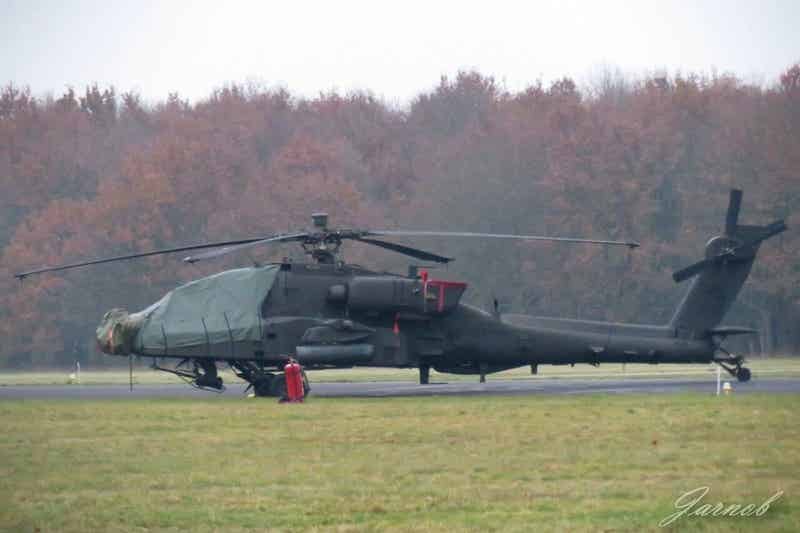 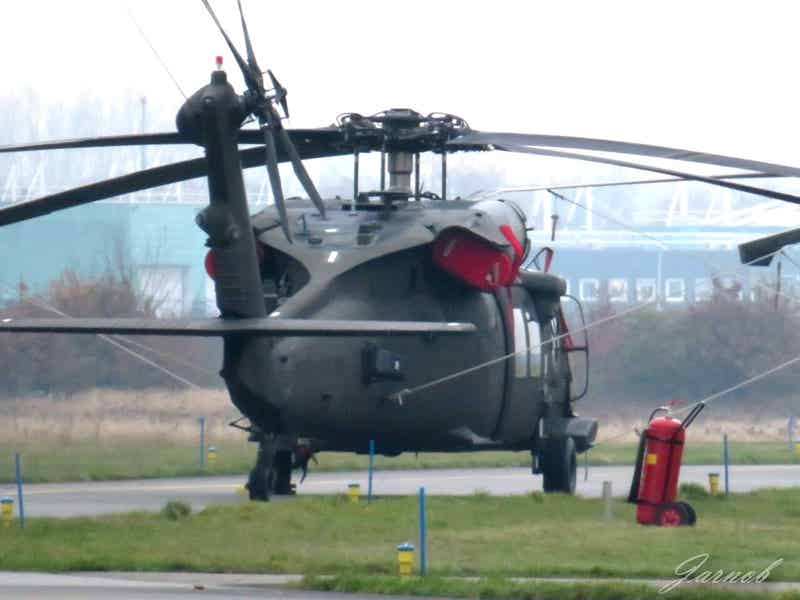 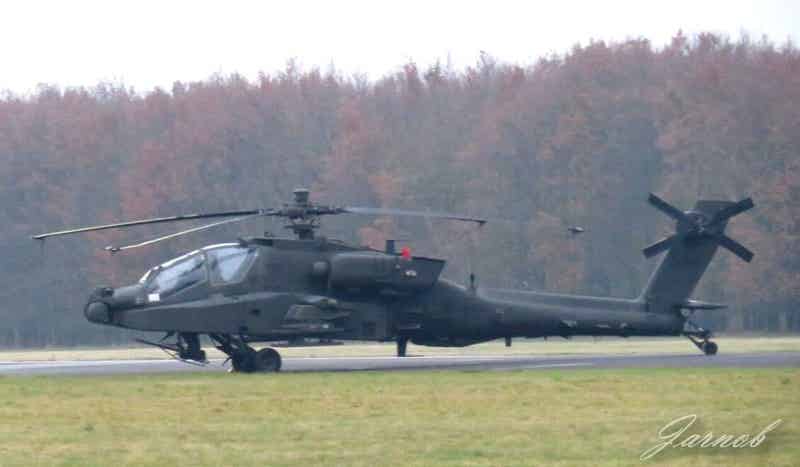 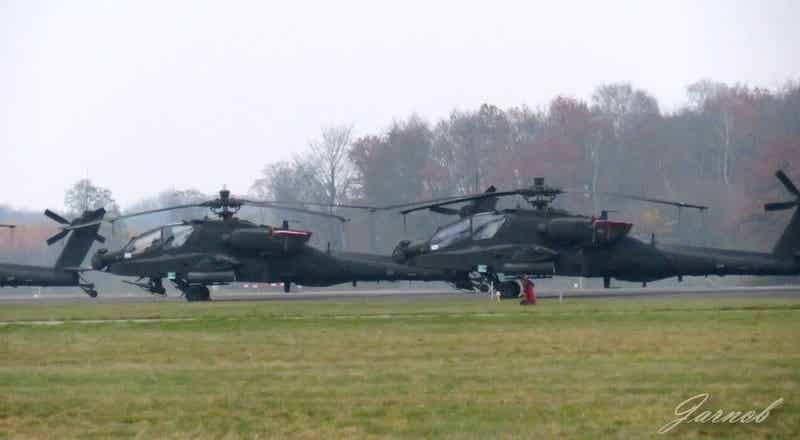 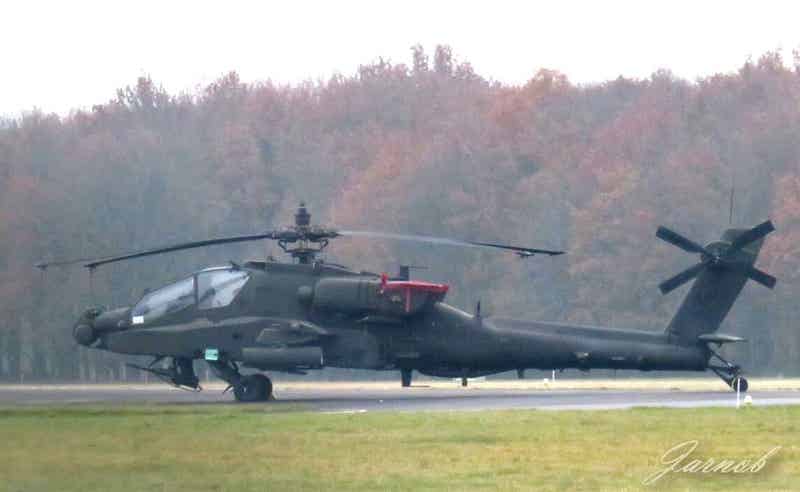 After assembling at Vlissingen harbor groups of 4-6 helo's departed for Woensdrecht air base. Here a group of 4 CH-47 Chinooks and a UH-60 can be seen flying over Goes (in between Vlissingen and Woensdrecht). Normally the groups only had their lead flying with the group(lead) callsign - although several flights deviated from this standard. Some used two helo's with callsigns and others had only the lead visible in ADSB.

UH-60 Blackhawks over Woensdrecht air base - CH-47 Chinooks at the northern taxiway - which was used temporarily as parking ramp. The AH-64, UH-60's and CH-47's all used different approaches/ departures - some went in straight from the direction of arrival, others followed the standard pattern in to the wind direction.

Close up of two CH-47 Chinooks and a AH-64 Apache of the 1st Air Cav - the Air Cav emblem is very good visible on the frontside of the Apache. The Chinooks wear the B Company 2-227th AVN 'Blackcats' symbol on their rear upper structures side.

Example of flights between Vlissingen and Gilze-Rijen. Seen here are 1st CAB UH-60 Blackhawk flights passing between the cities of Oosterhout and Breda departing Gilze-Rijen air base towards Vlissingen harbor.

The entire operation took a lot of coordination of air traffice flying alongside the same routes in opposite directions - while one group was departing Vlissingen and others were arriving. 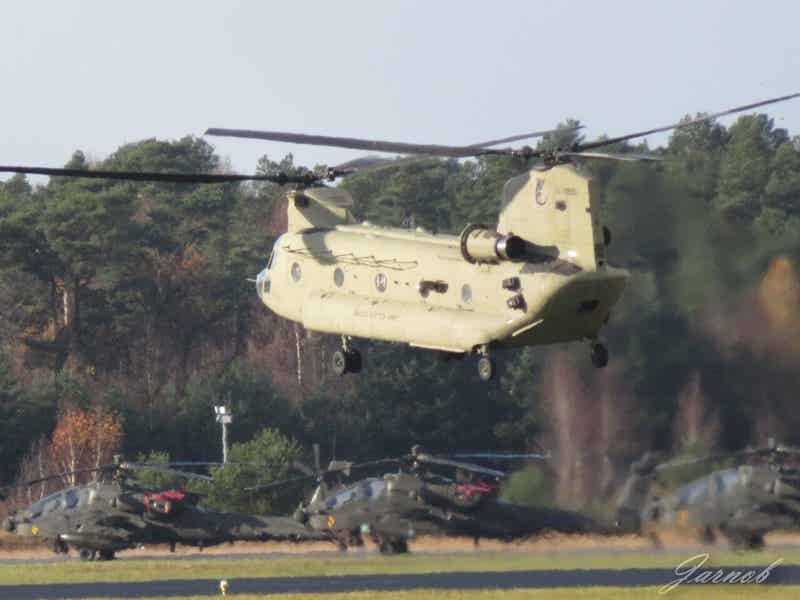 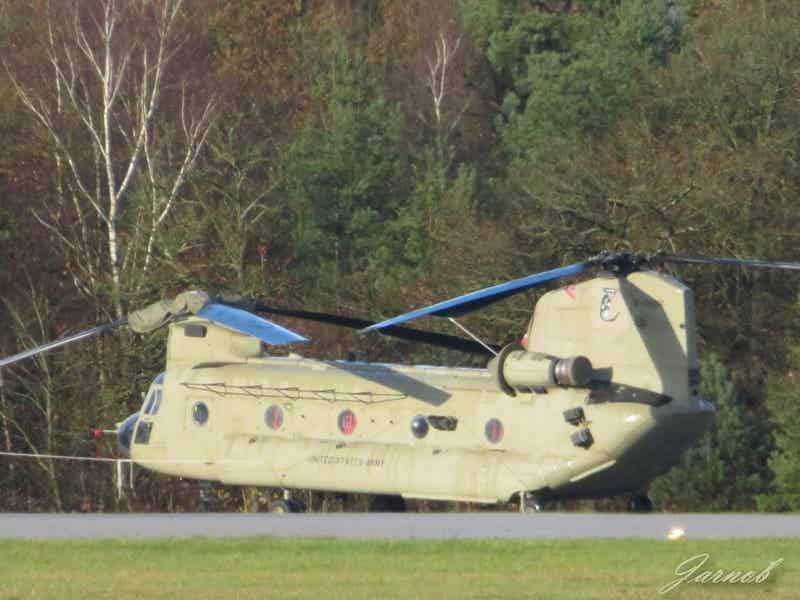 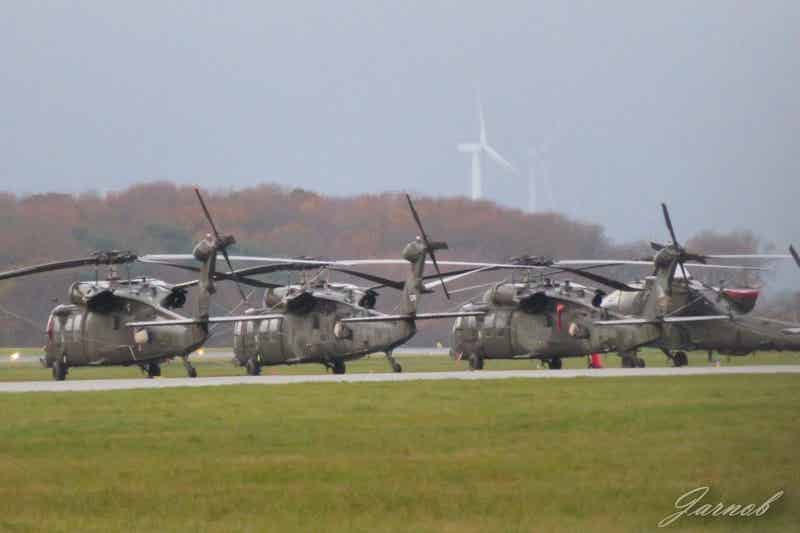 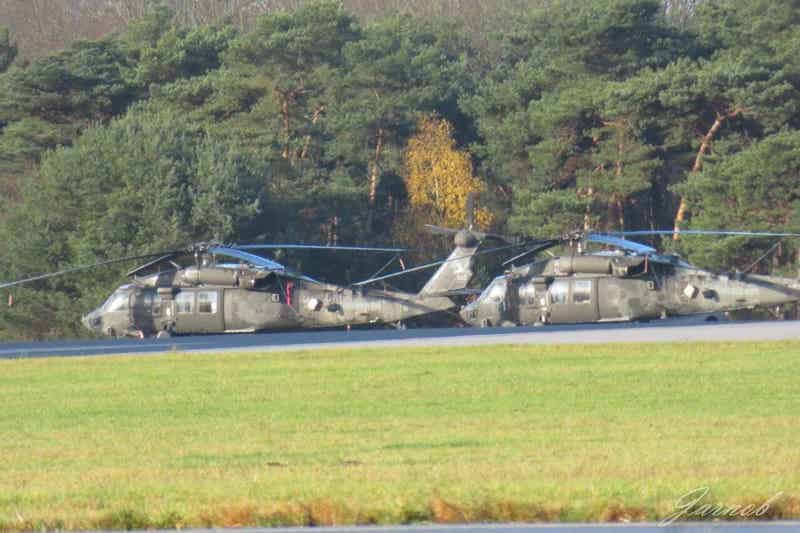 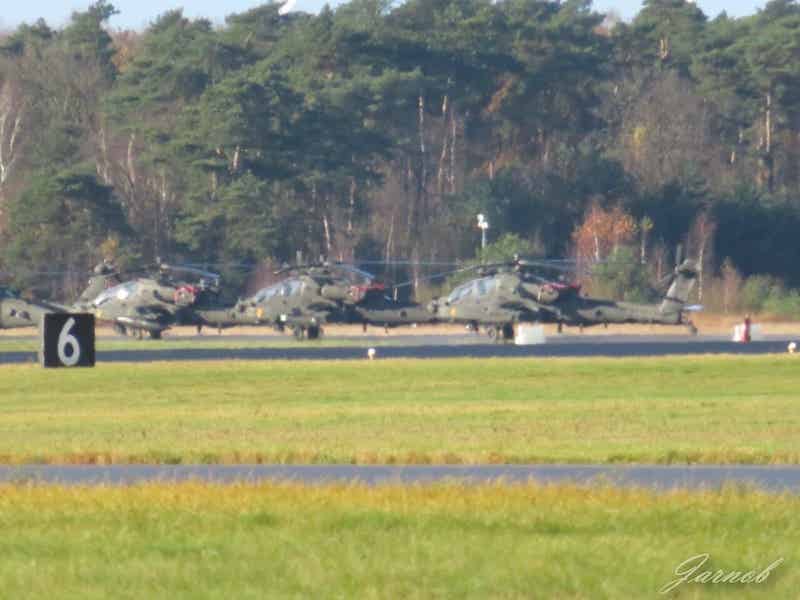 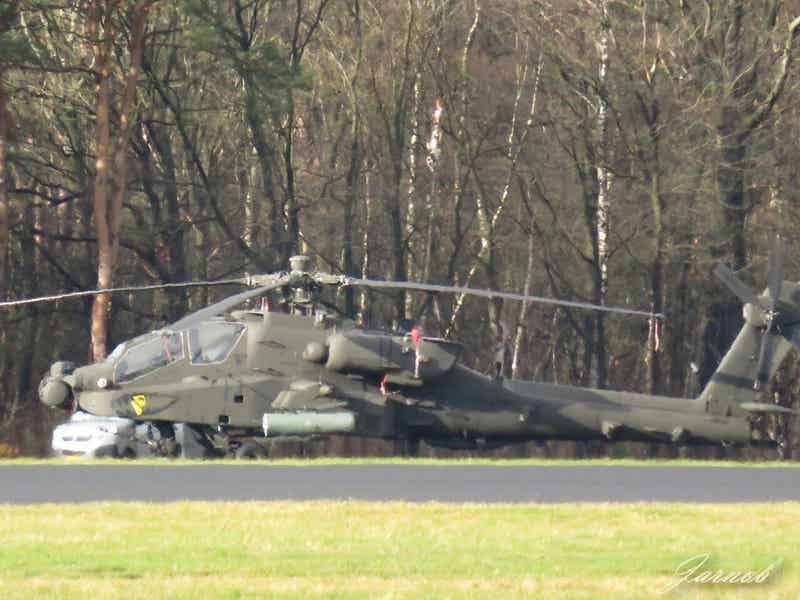 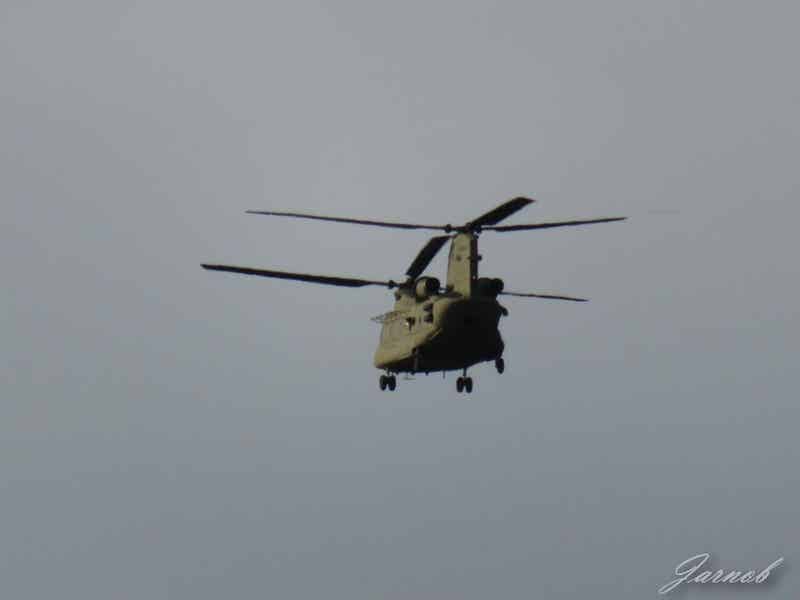 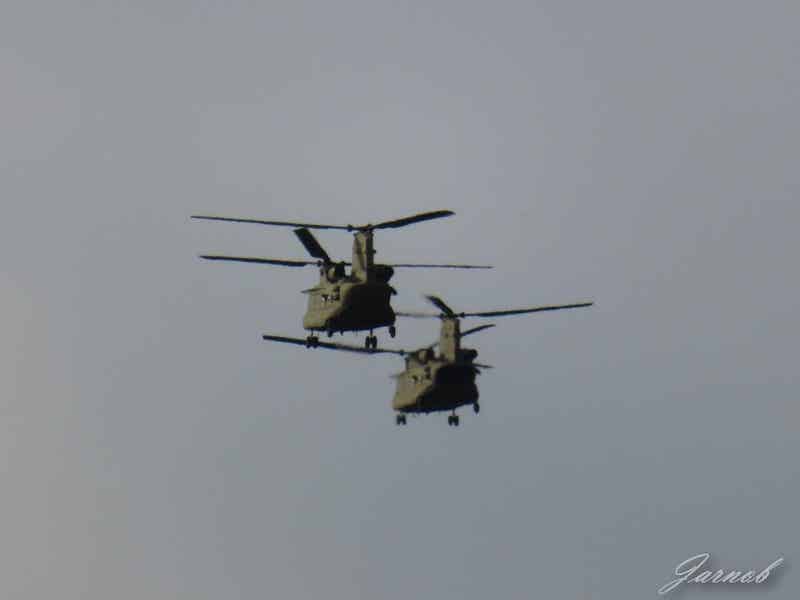 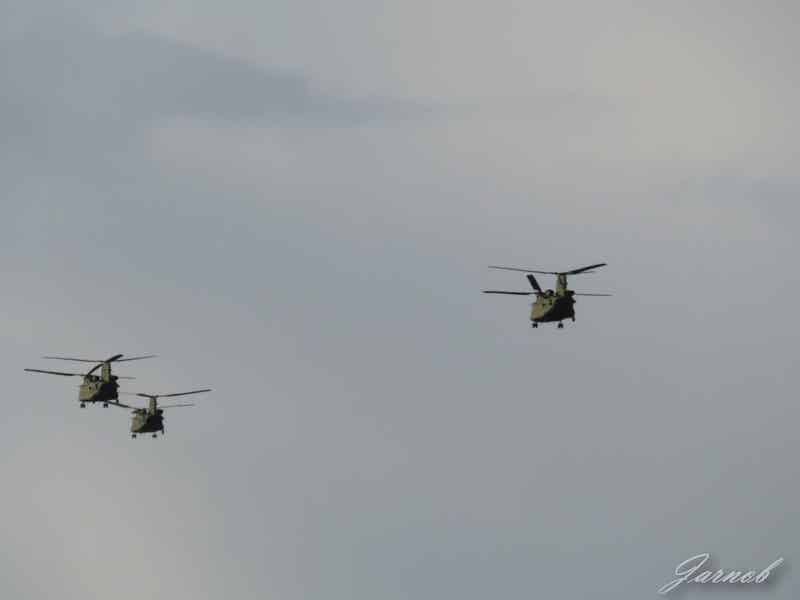 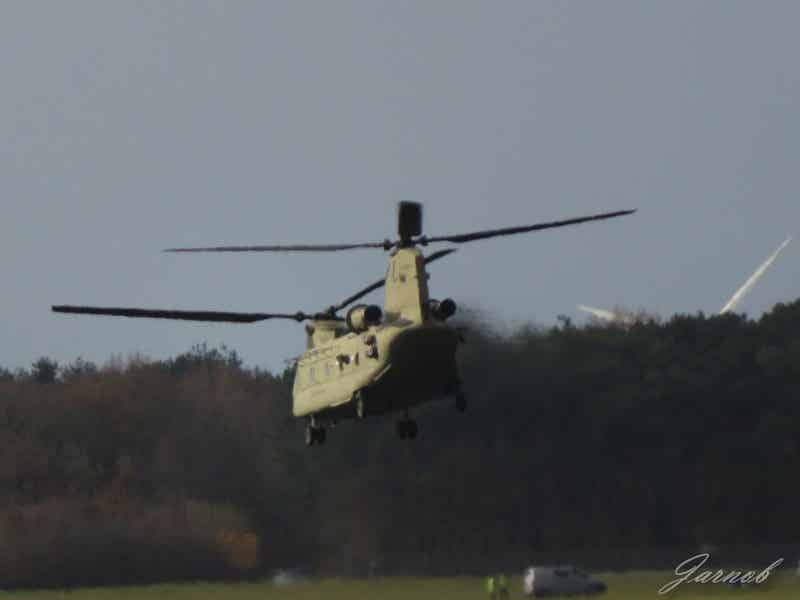 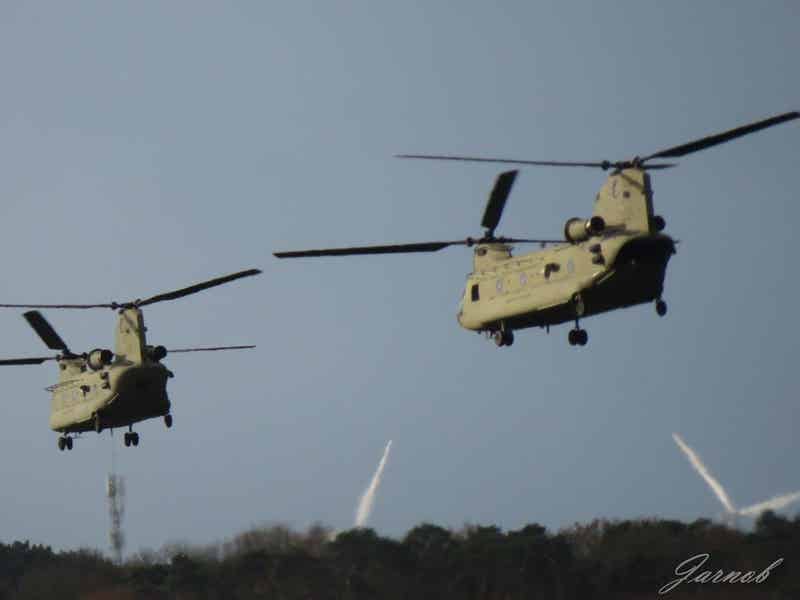 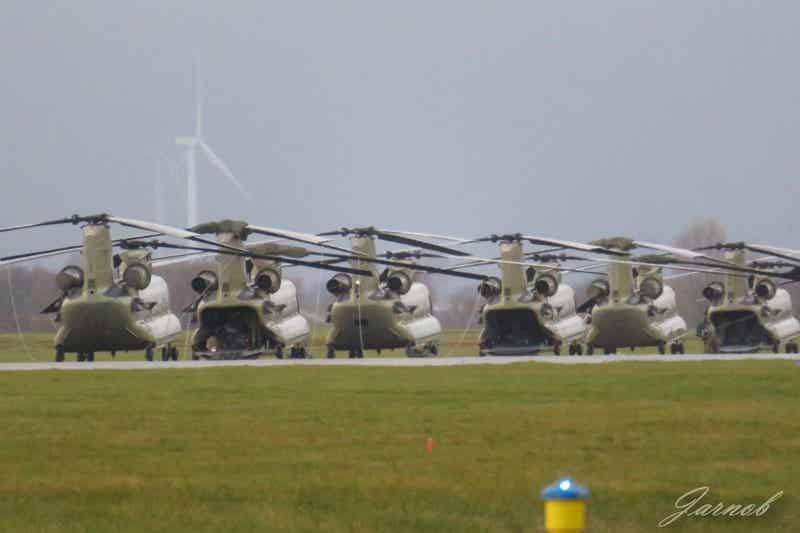 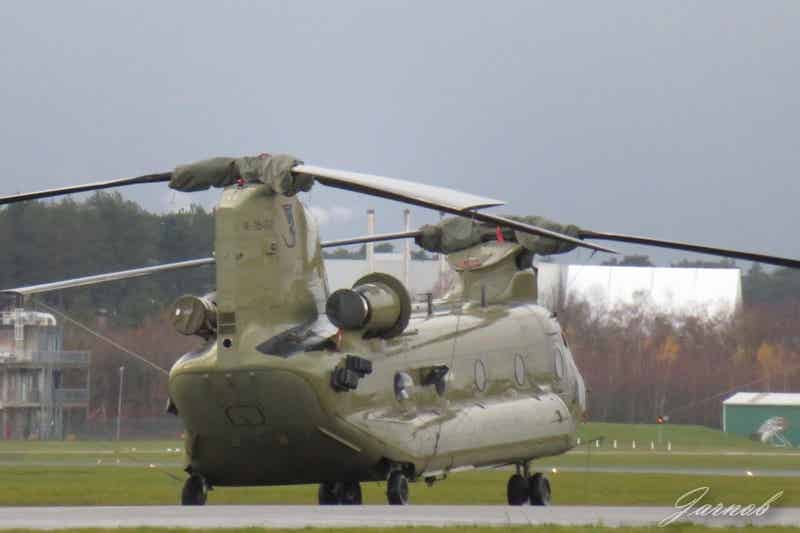 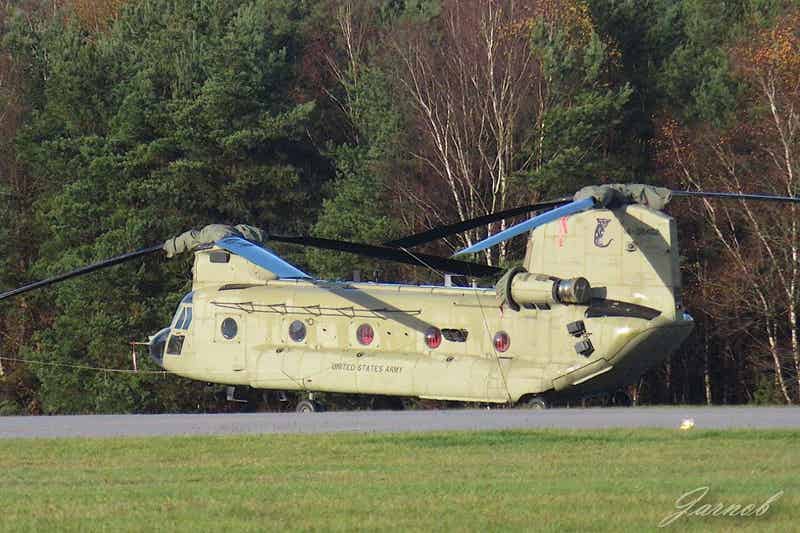 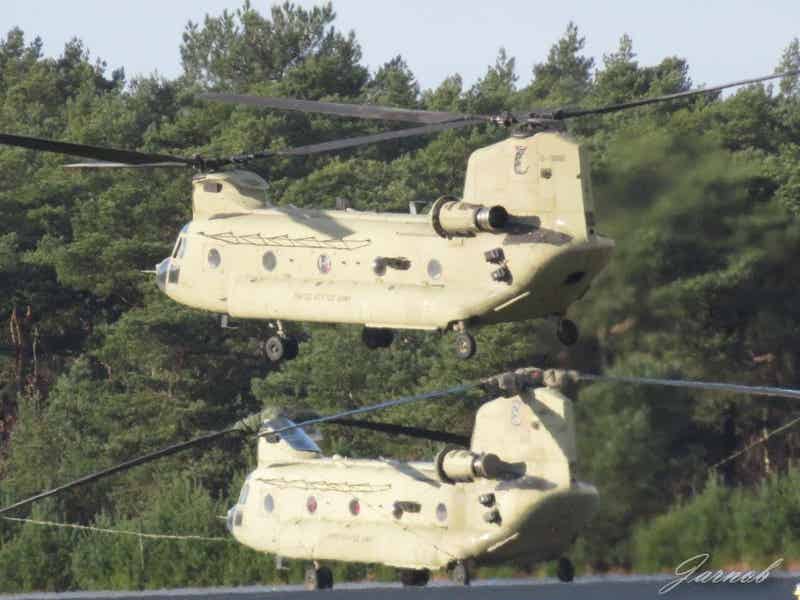