Every year in September several commemorations are held to remember the operation Market Garden of September 1944. The bridge over the river Maas in my homewtown of Grave was one of the bridges on the route of Market Garden. It was very important on the intial plans in order to push through to Arnhem (which eventually wasn't reached due to being a Bridge too Far as we all know now).

The Grave bridge was captured by a platoon of the 82nd Airborne Division led by lt. John S. Thompson - after which the bridge later was named. The bridge was successfully taken after short but heavy combat with the German unit protecting the bridge from a reinforced bunker.

In 2014, celebrating the 70th anniversary of Market Garden, 4 UH60A Blackhawks dropped a platoon of 82nd Airborne Division sodliers to 'capture' the bridge 'modern era style'. A small public had gathered and the photographic opportunity was perfect! No fences, no huge crowds in the background.

After the Blackhawks dropped the platoon they took off again, during which several Shermans and US Halftracks crossed the bridge. The UH60A's returned again to pick up the platoon and te commemorations continued by large groups of ww2 tanks and vehicles passing Grave and the bridge. Early in the evening two US C47A Dakota's dropped a RCPT group on the fields near Velp, close to the bridge. 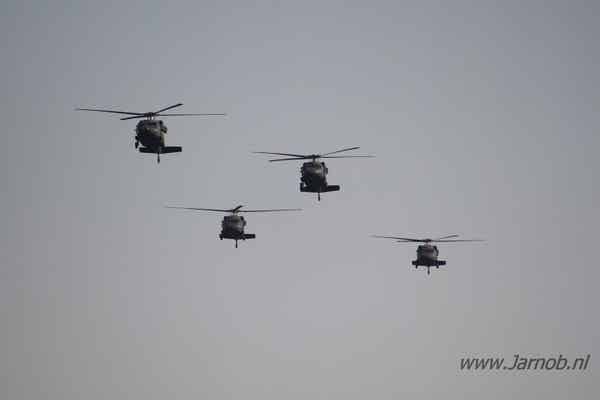 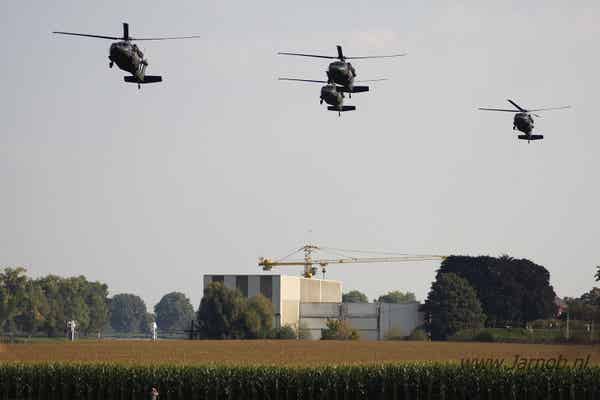 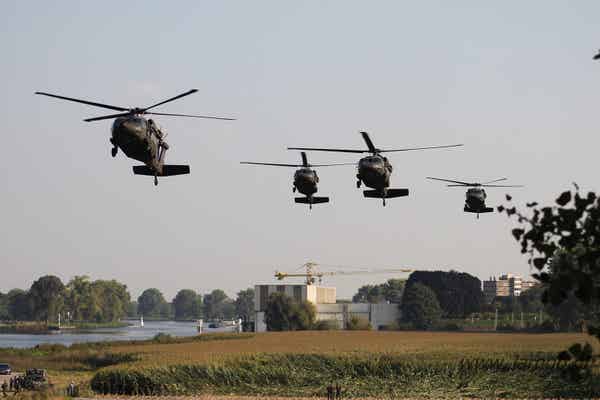 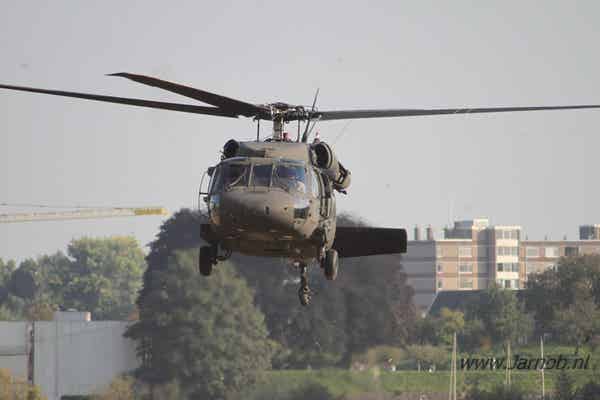 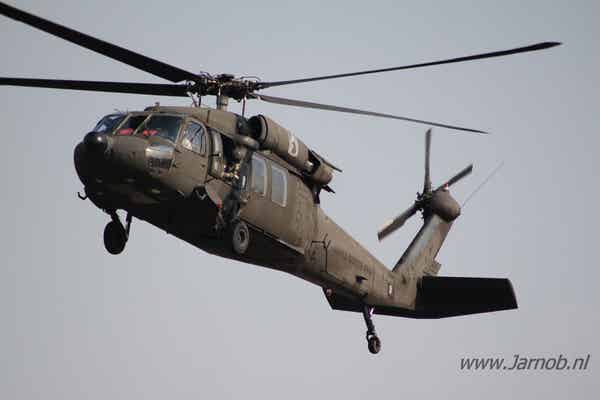 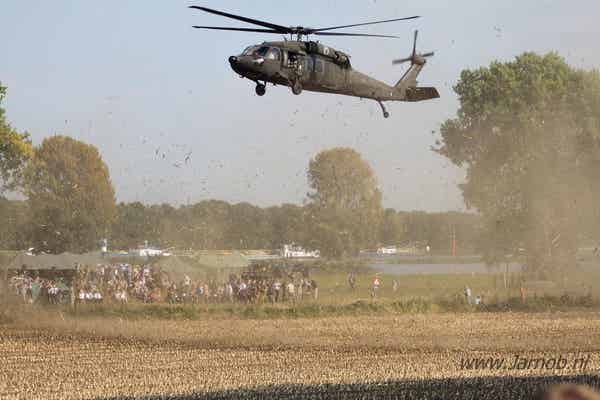 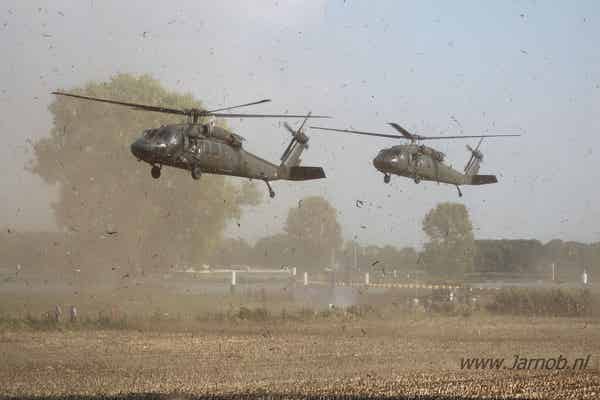 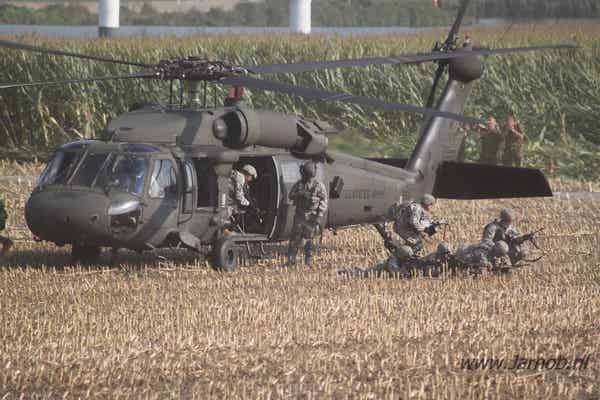 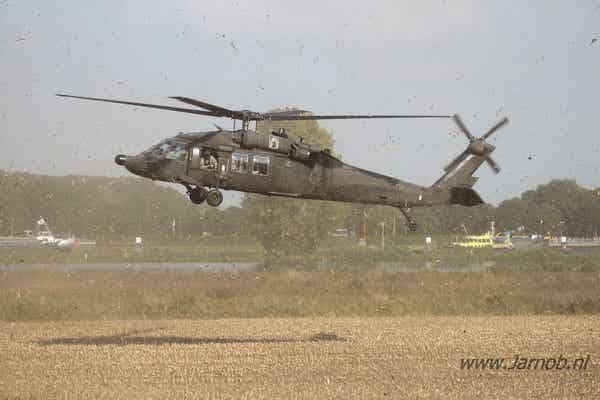 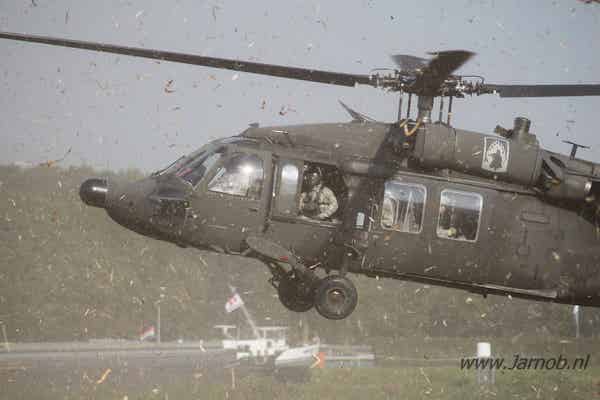 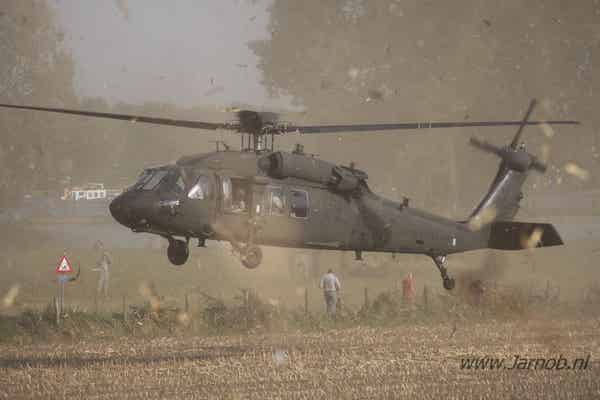 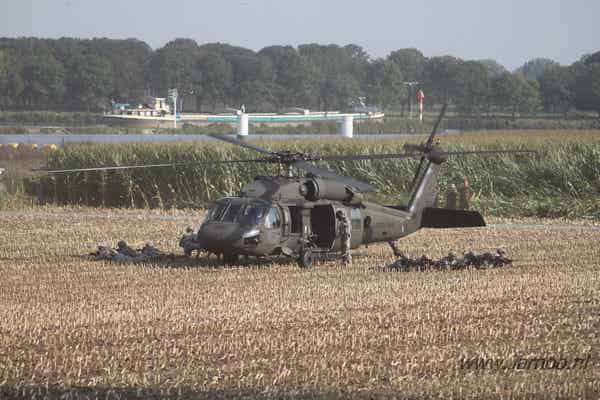 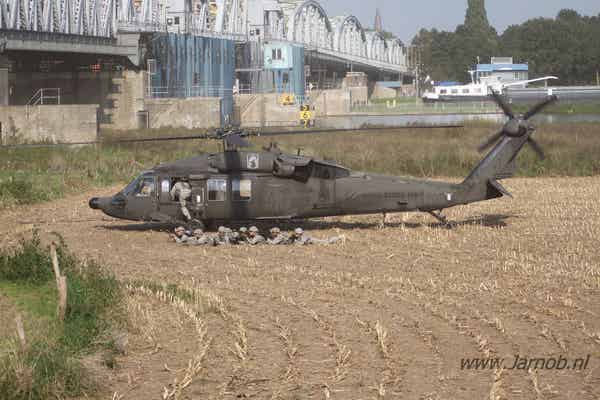 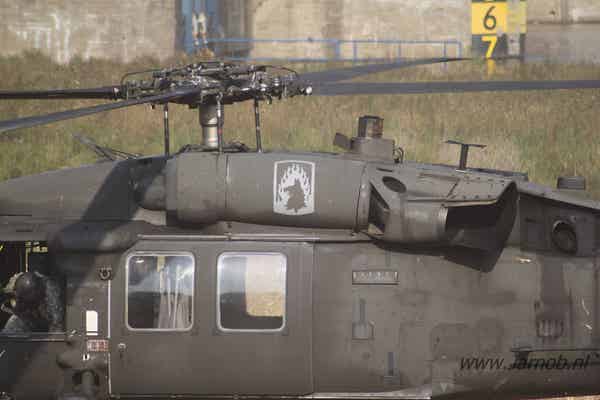 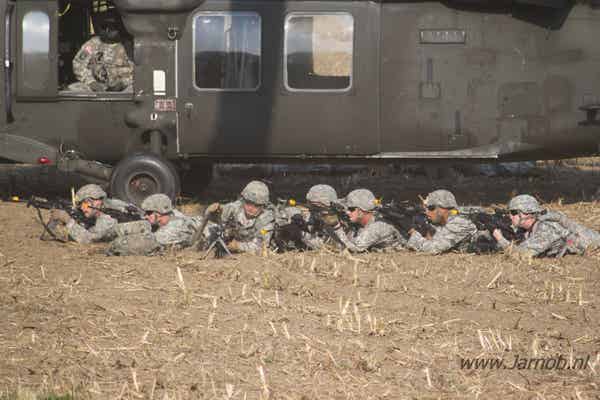 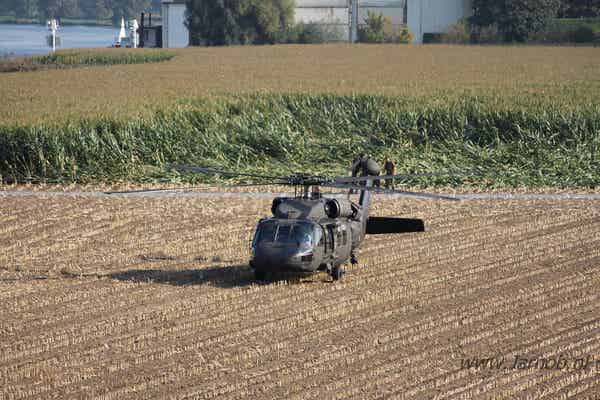 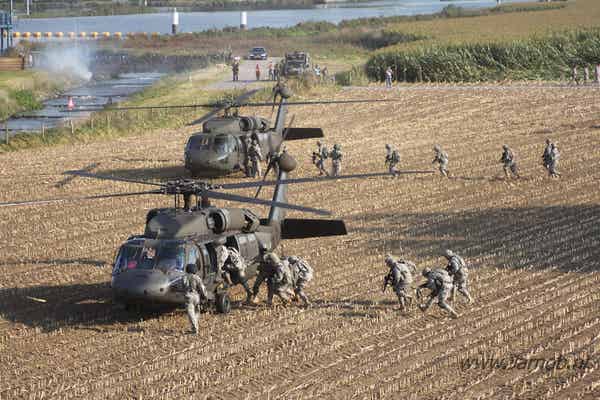 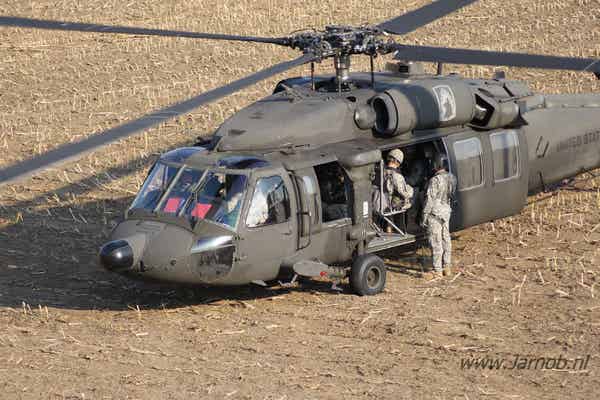 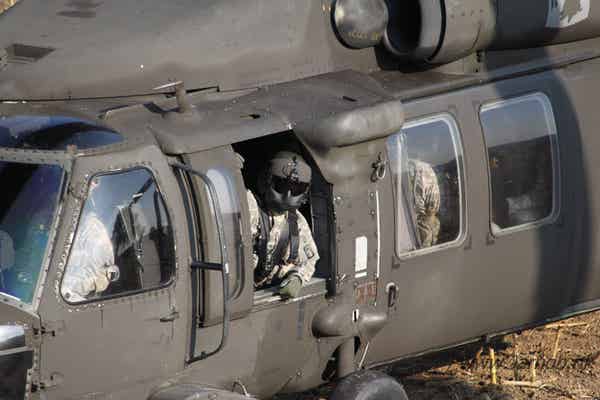 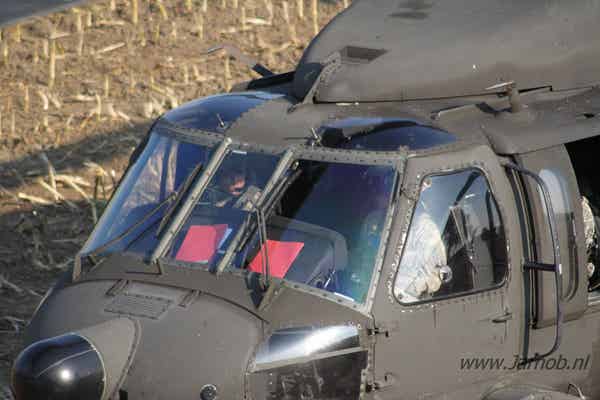 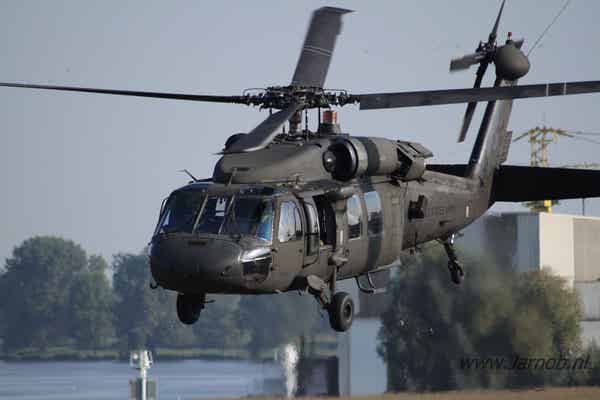 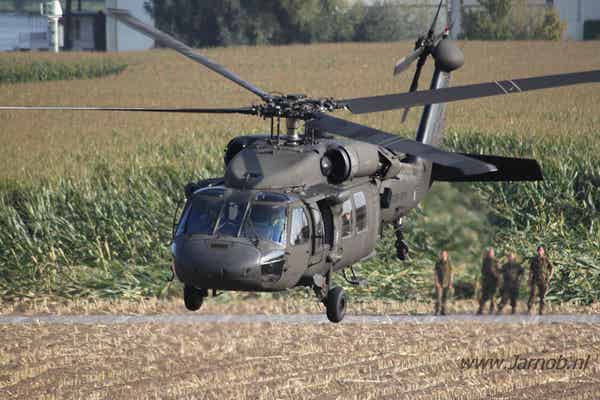 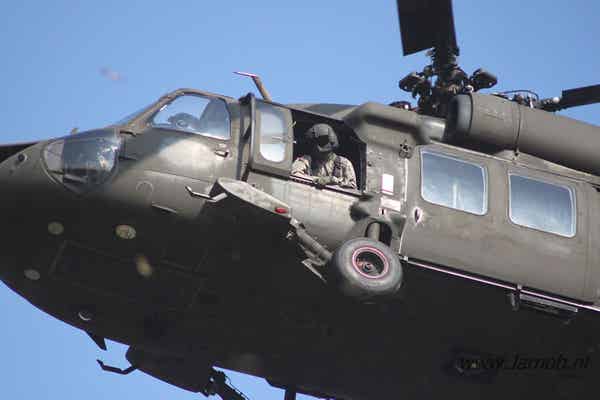 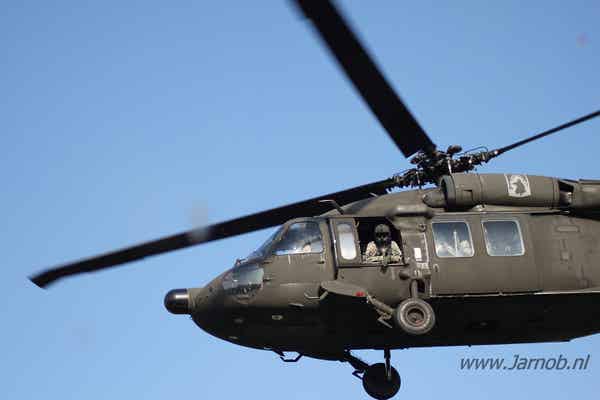