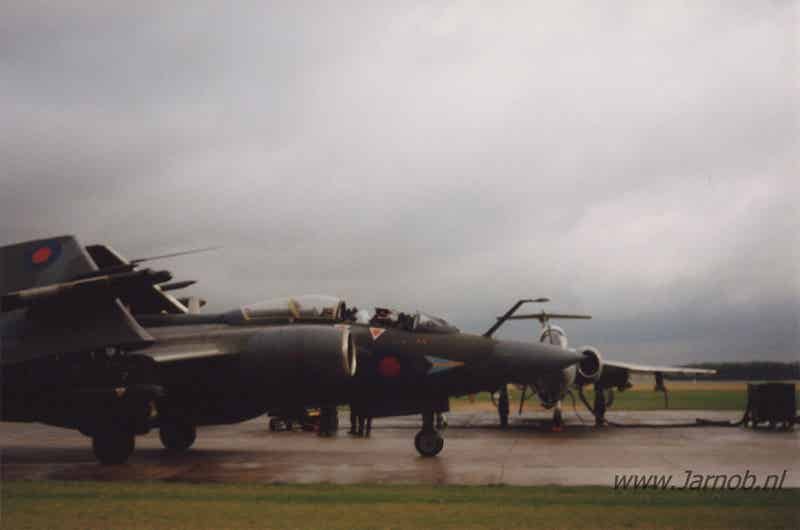 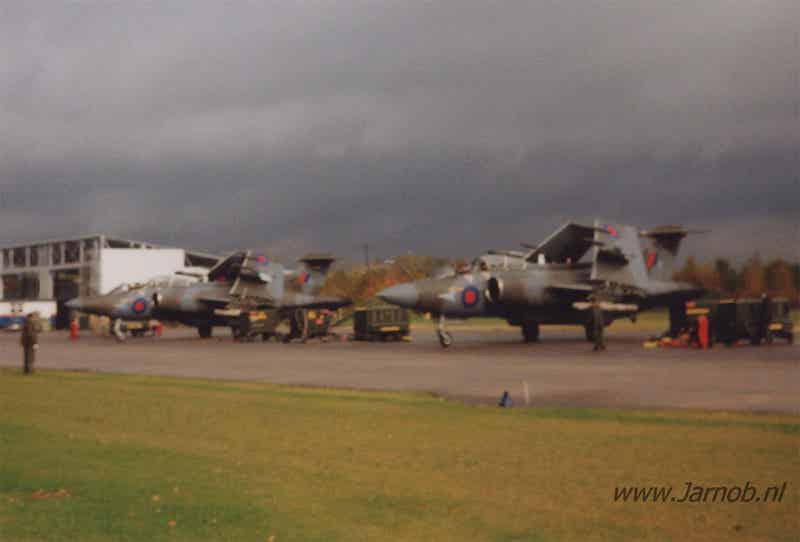 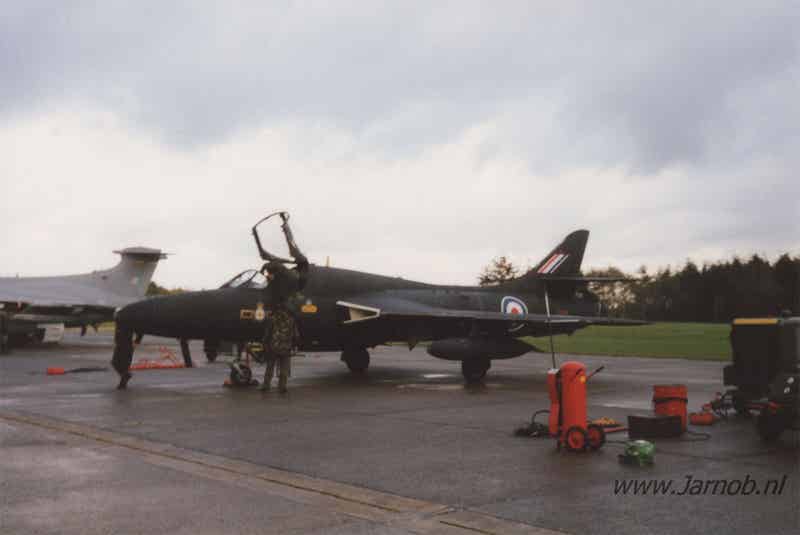 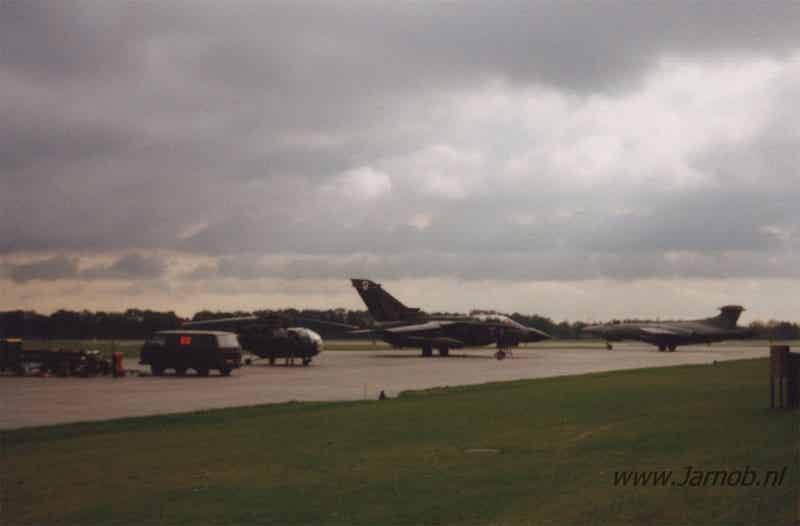 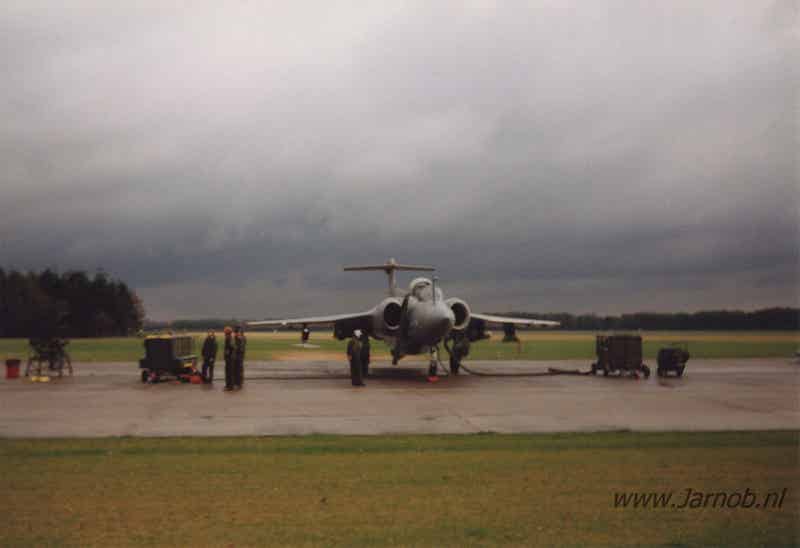 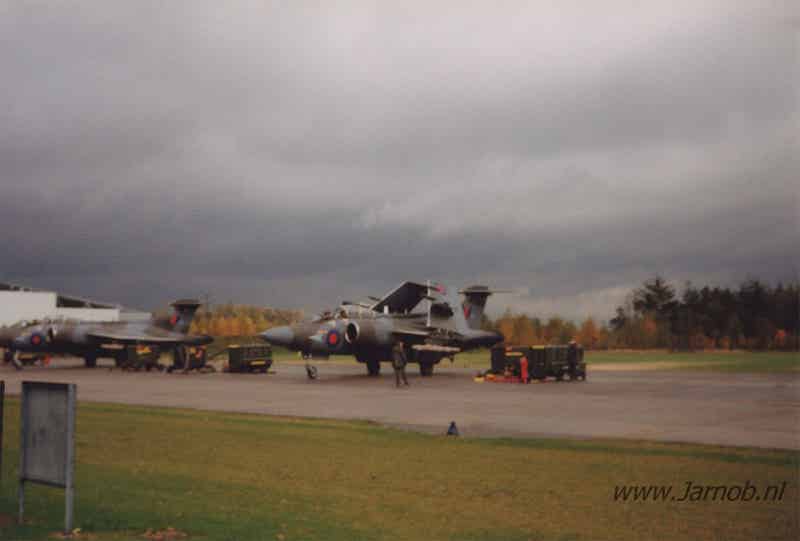 In 1992 the RAF 208 squadron had a rotation on Volkel AB. This squadron flew grey and camouflaged Buccaneers, together with a black dual seat Hunter. I managed to visit the flightline during this week with a friend of mine at age 16 - we also were permitted to go around (and touch) the Buccaneers on the flightline. This day also a Tornado GR1A of 13 squadron was present.

Another Tornado GR1 (ZG769/AY of 9sq) made a touch&go while several F16's and a F27 performed standard operational flights. Buccaneer S2B XX901 came back with an emergency landing with one engine shut off.

Coincidentally the KLu officer who showed us around had the same surname as me – years later his son contacted me, his father took some photographs which were practically the same as mine! (we both made these during this visit)