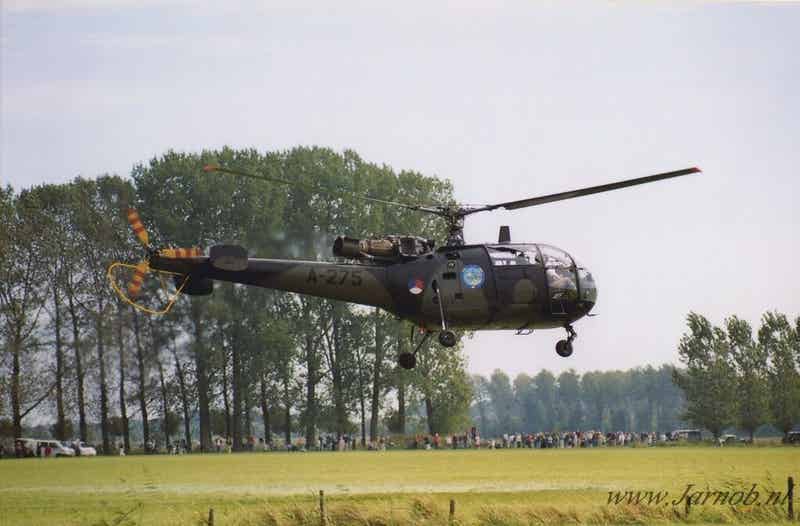 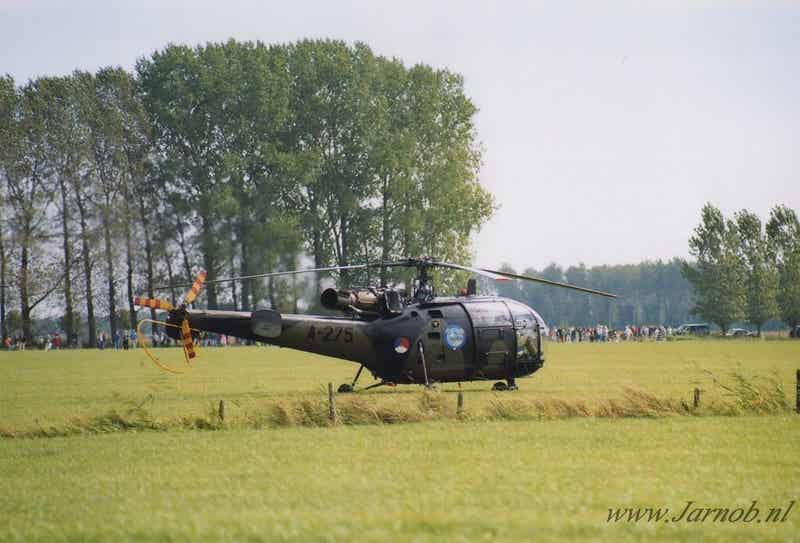 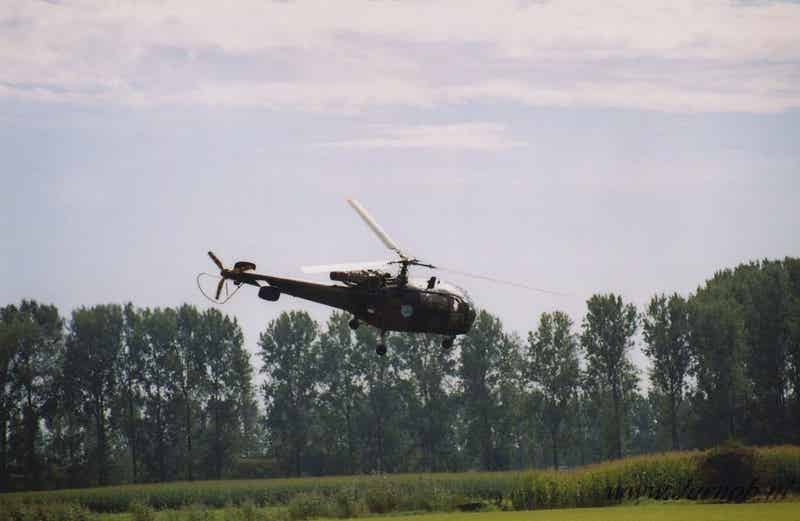 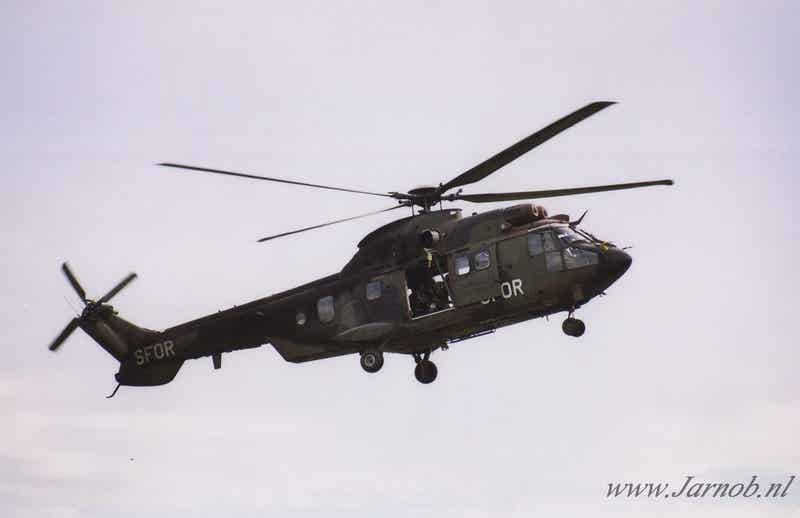 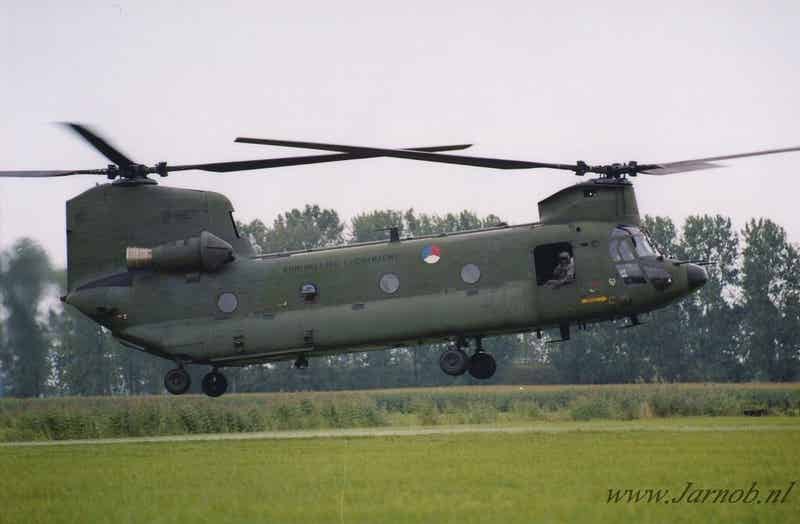 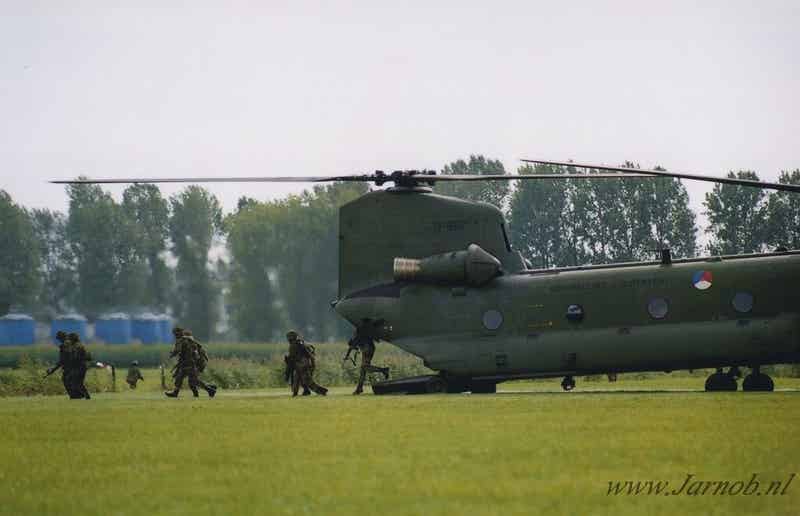 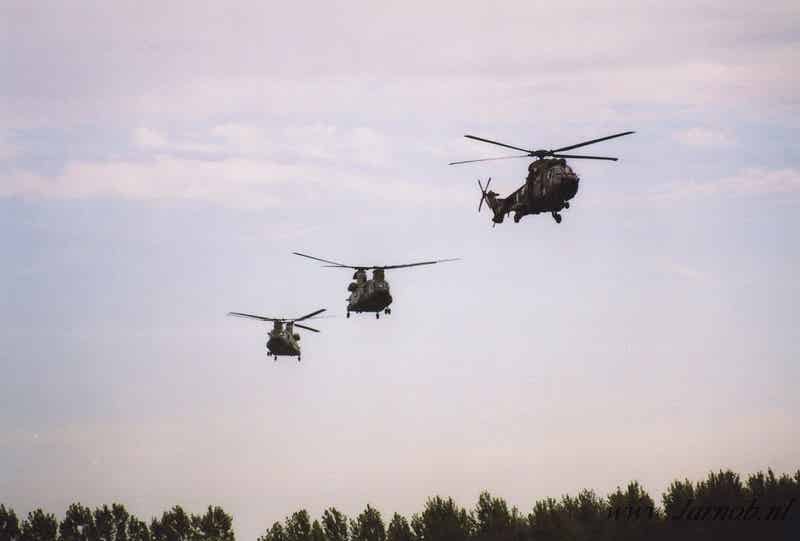 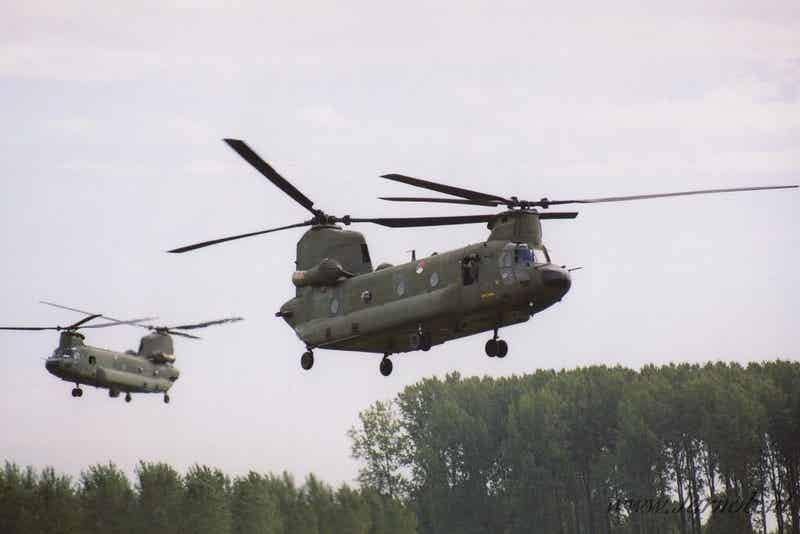 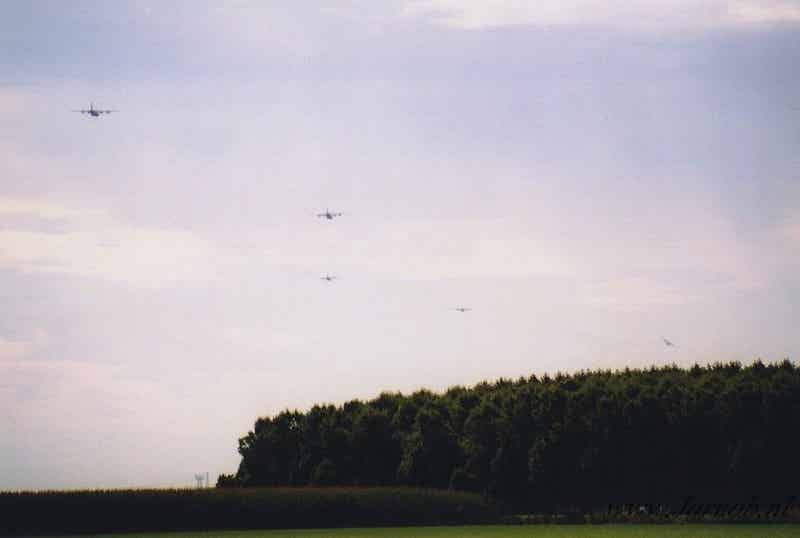 Paradrop RAF and KLu Hercules (a) 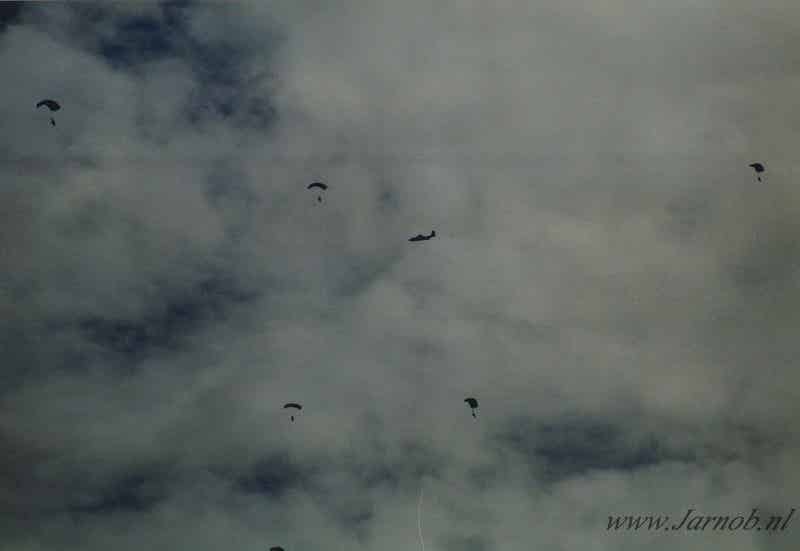 Paradrop RAF and KLu Hercules (b) 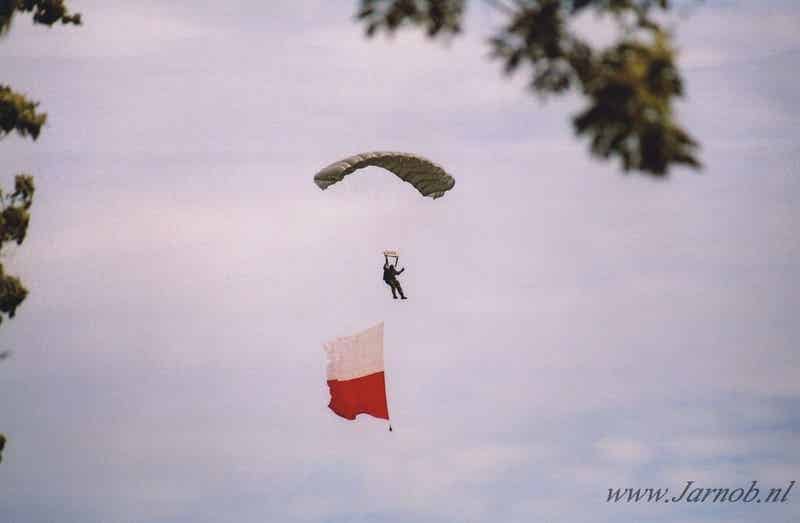 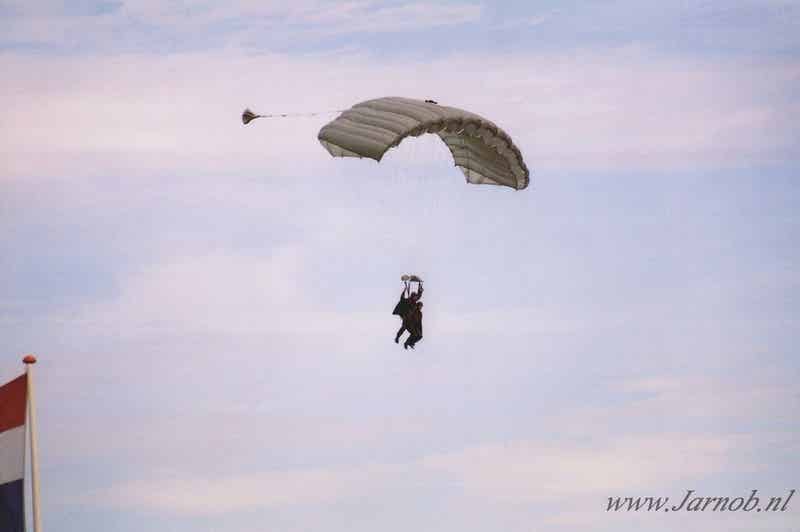 Part of the annualy commemorated “Market Garden” operation in 2004 was an event on a field near Heteren-Driel (West of Anrhem) – this year the Market Garden had its 60th Anniversary (1944-2004). An Alouette III was returning landed paratroopers back to their base. Two (old types)  KLu CH47D Chinooks dropped Dutch soldiers accompanied by an SFOR marked AS532 Cougar. A flight of C130’s (from several different air forces) passed by towards the Ginkelse Heide, where another memorial took place, while one of them dropped Polish paratroopers on this field near Driel. One of the paratroopers was carrying a Polish flag while another made a dual jump with a Polish world war 2 paratrooper veteran which had participated in the combat jump of September 1944.

Aircraft on the photographs: