In October 1944 heavy battles raged around Fliegerhorst Woensdrecht. The Luftwaffe had already left the airfield and Canadian and German ground forces were battling each other for the passage towards the Zeeland peninsula – which determined which side would be controlling the Antwerpen harbor. If the Canadians won, the Antwerpen harbor could be used for supplying the allied advance towards Germany. Much was at stake and both sides suffered heavy losses. Eventually the Canadians won the battle. The airfield and all surrounding areas were tansformed into debris and rubble, artillery craters, destroyed forests and many mines, booby-traps and unexploded ammunition.

After the liberation the airfield was repaired by the 25th Airfield Construction Group, which constructed a new steel PSP-runway and restored several buildings and hangars. Fliegerhorst Woensdrecht was renamed airfield B.79. Several RAF units were transferred towards B.79 for ground and air (Bofors 40mm) defense. The RAF 132nd (Norwegian) Wing would relocate to B.79 out of B.60 (Grimbergen-Belgium); the 22nd of December 1944 saw the first Spitfires landing at B.79. Within two weeks the entire 132nd Wing operated out of B.79 consisting of: 66sq, 127sq, 331(Norwegian)sq, 332(Norwegian)sq and 322(Dutch)sq – all flying Spitfires.

During the transfer of these squadrons the Luftwaffe executed operation ‘Bodenplatte’ – during which B.79 (covered in fog) suffered no losses. A flight of 6 Bf109’s and 2 FW190’s, both of II./JG77, passed the airfield low level. One FW190 was shot down by the airfield defenses while a Bf109 crashed into the ground.

After beging transferred to B.79 all 132nd wing Spitfires flew fighter-bomber sorties against ground targets – carrying a single 500lb and two 250lb bombs. Many targets were hit, among these were mini-submarines in Maassluis harbor and an oxygen factory (for V2 bombs) in Alblasserdam. During many reconnaissance sorties the Spitfires attacked cars, trains, ships, airfields and other troop movements - on numerous occasions not only in Holland but also well into Germany. The Spitfire dive-bombing tactics changed to low-level bomb runs using delayed fuses, in order to avoid German FlaK. Besides these operations the 132nd Wing Spitfires also performed (heavy) bomber escorts and fighter sweeps against the Luftwaffe. During air-to-air combat many victories were claimed. Shooting down Bf109’s, FW190’s, FW190D’s and even Me262’s. Air combat events of up to 25 against 25 were common. Unfortunately the wing also suffered many Spitfire losses.

Mid February 1945 the battlefront became too far extended from airfield B.79. Therefore the wing relocated to B.85 (Schijndel) airfield. This was the end of B.79 as an operational airfield. After the war, in May 1946, the Woensdrecht airfield was transferred back to the Dutch Air Force and became a training facility for KLu Tiger Moths. 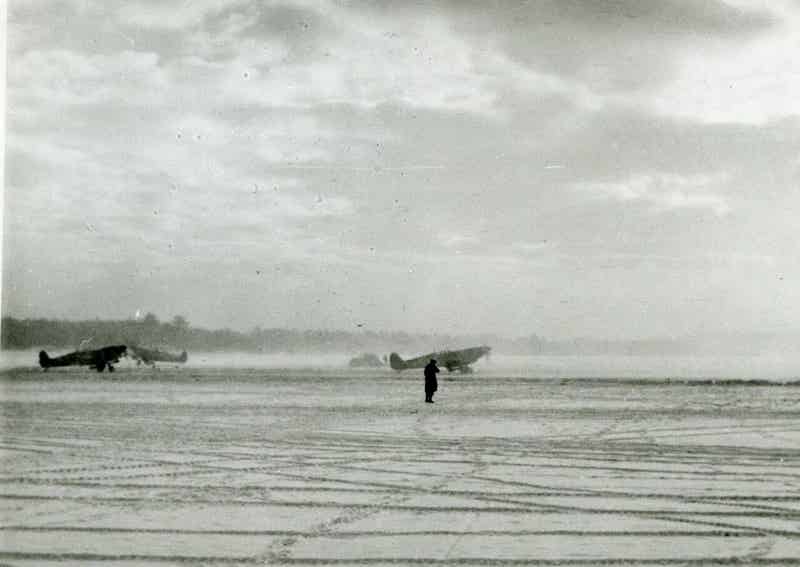 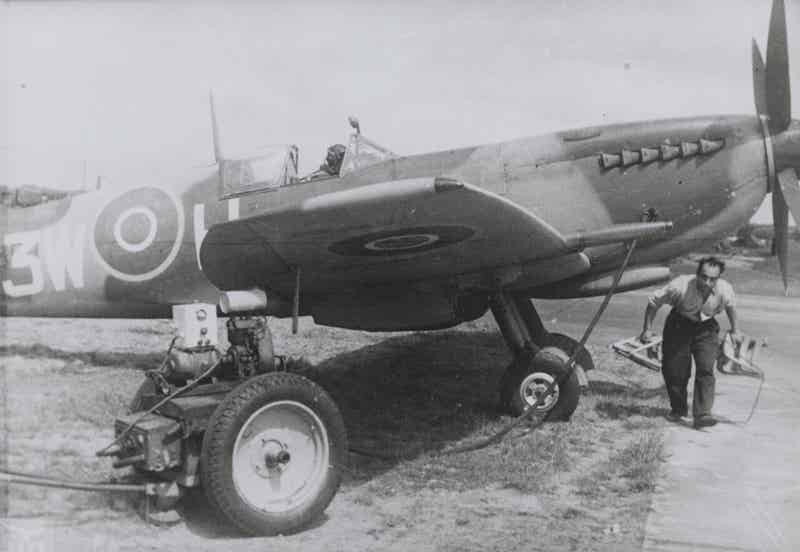 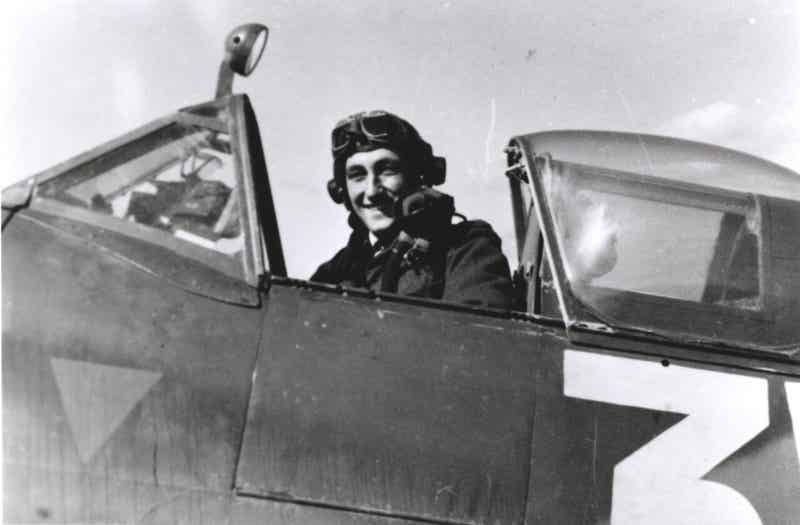 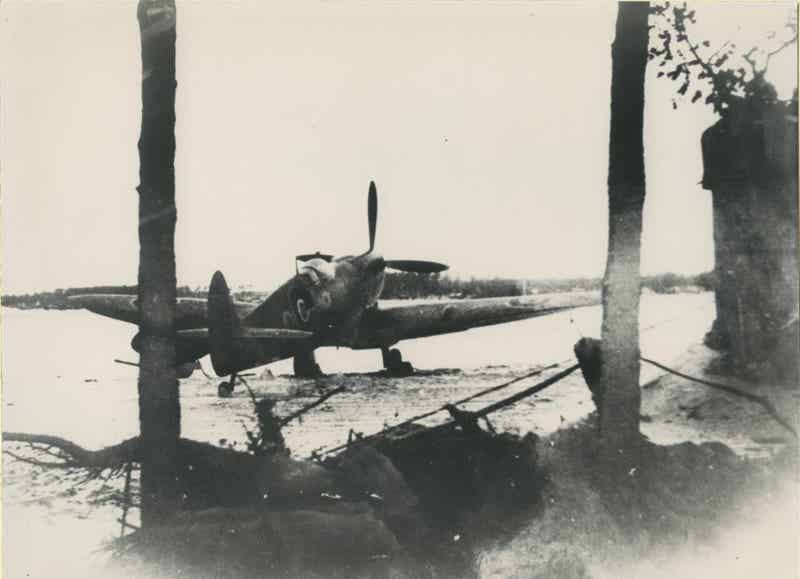 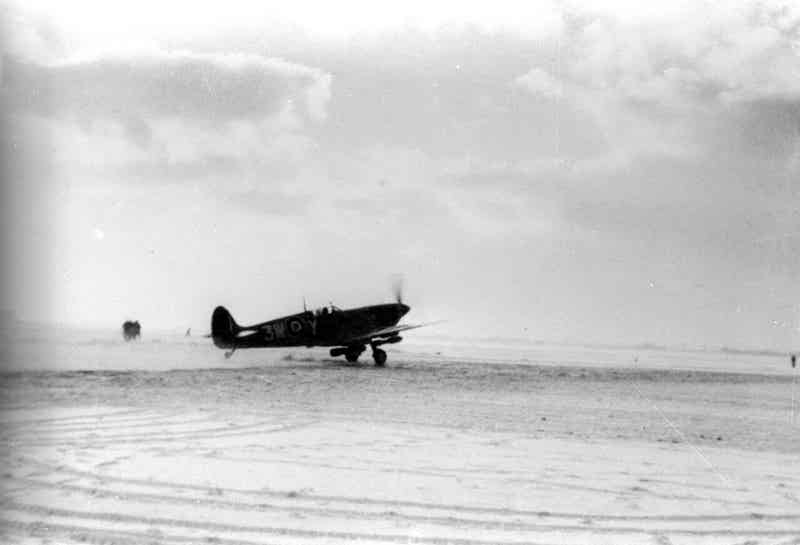 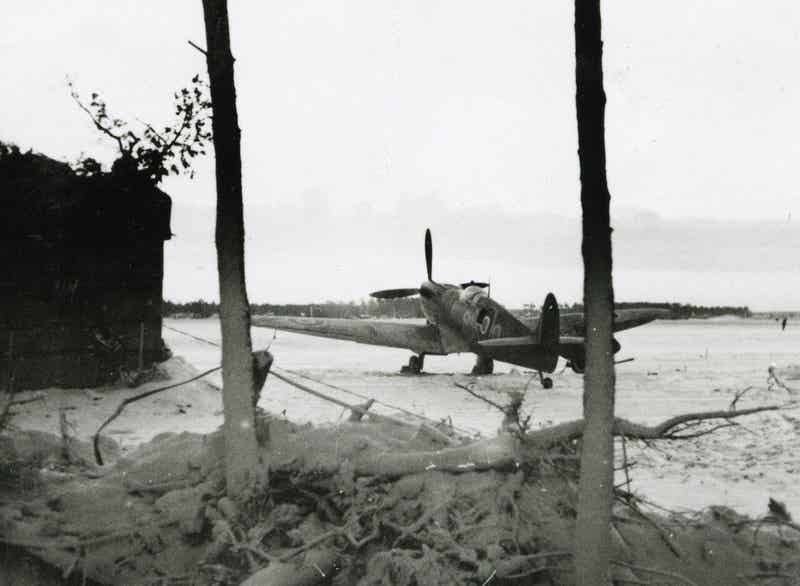 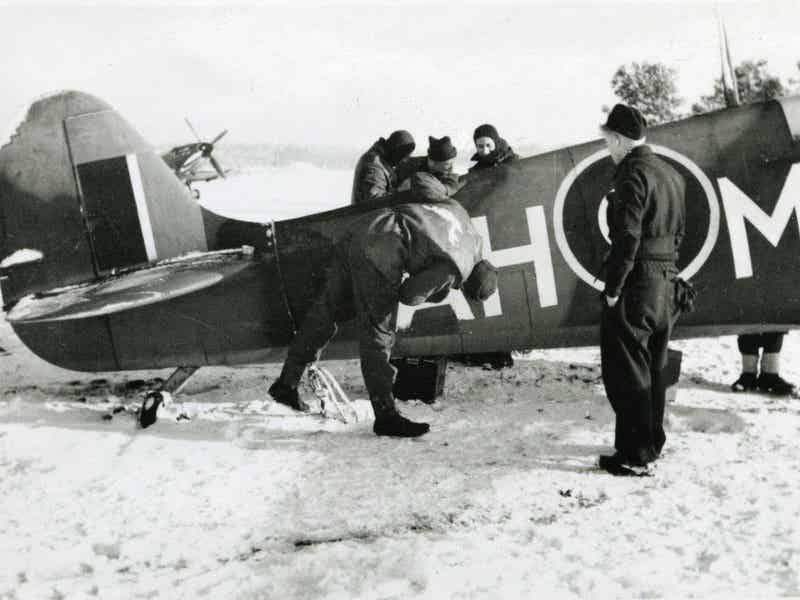 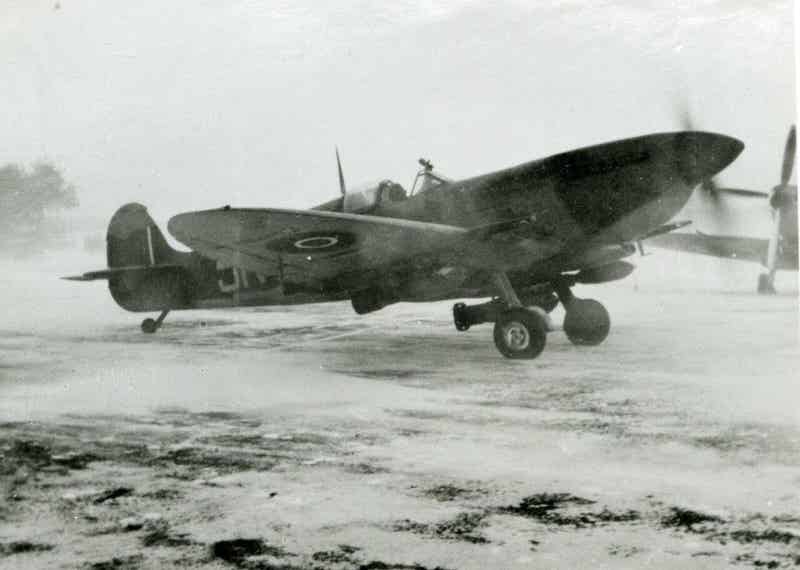 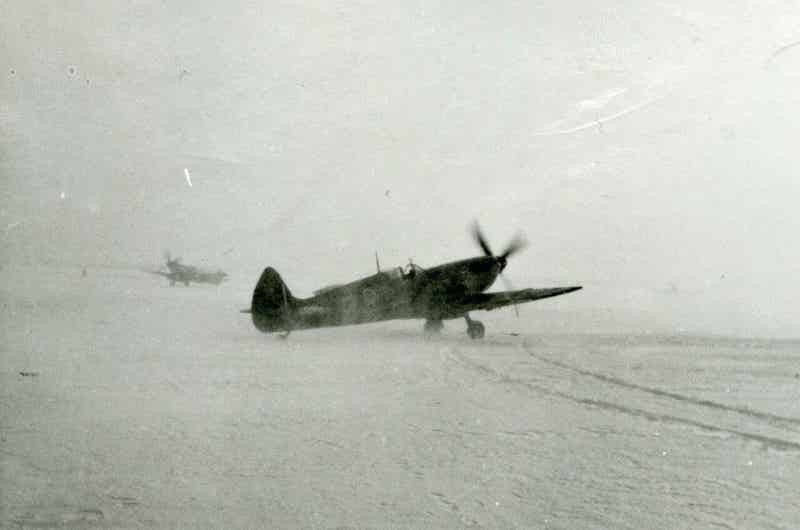 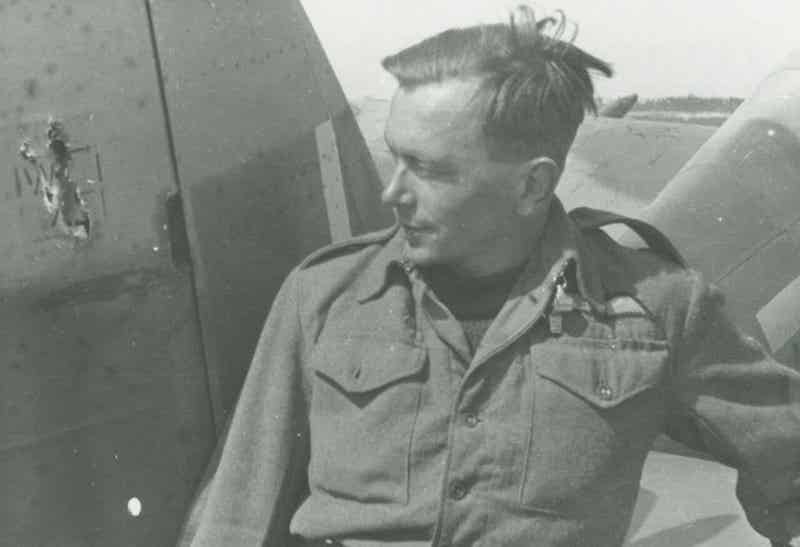 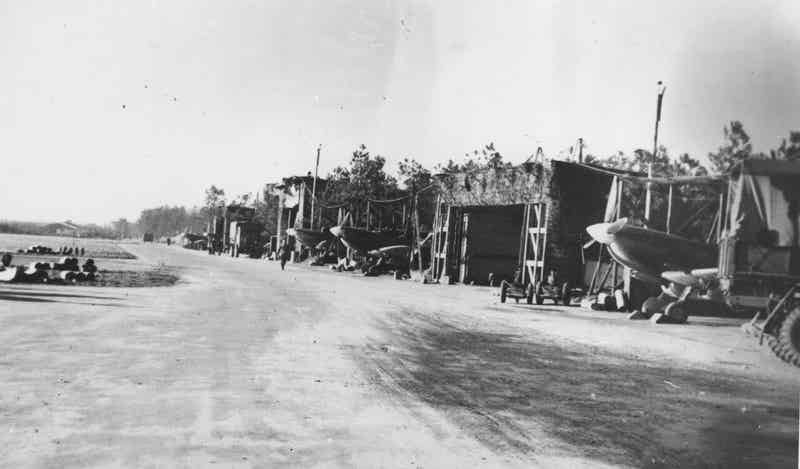 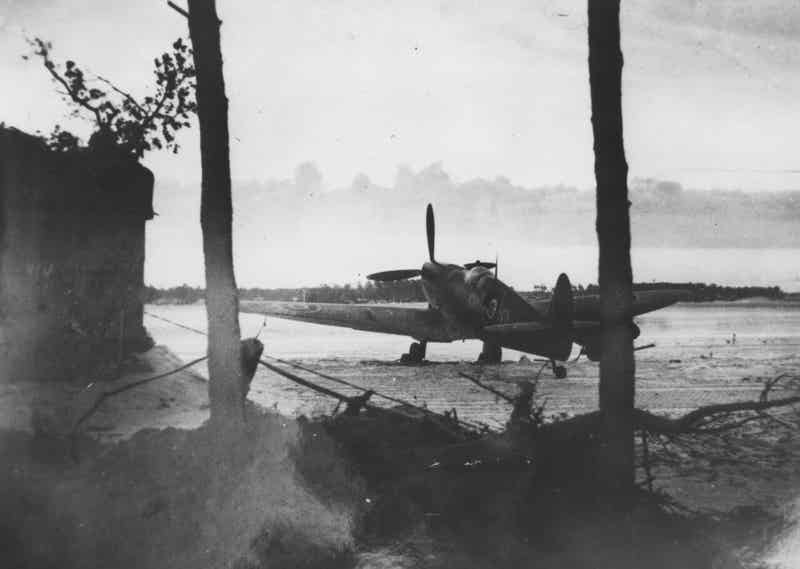 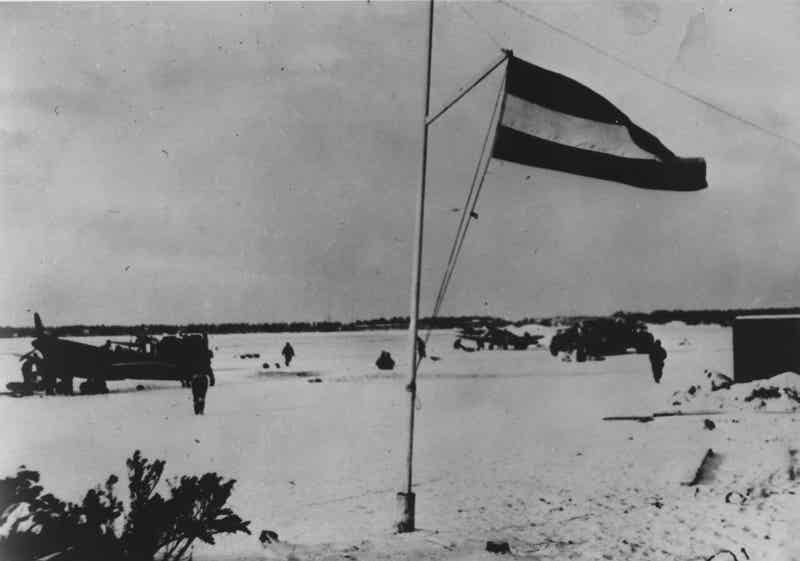