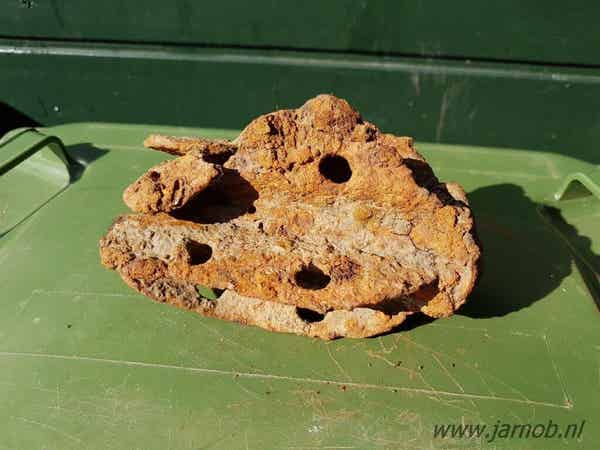 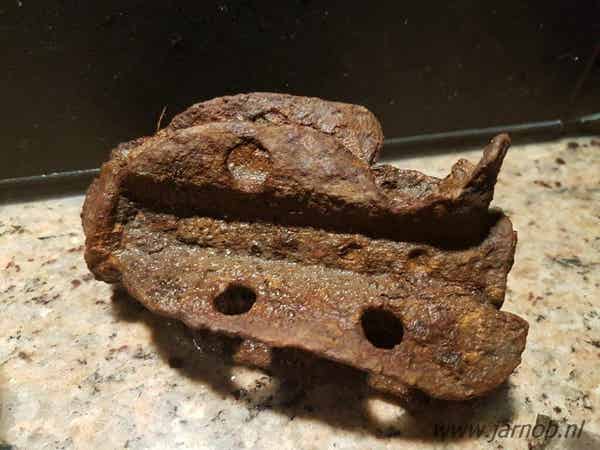 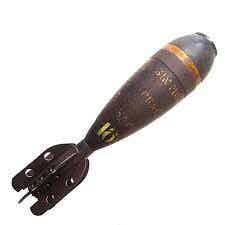 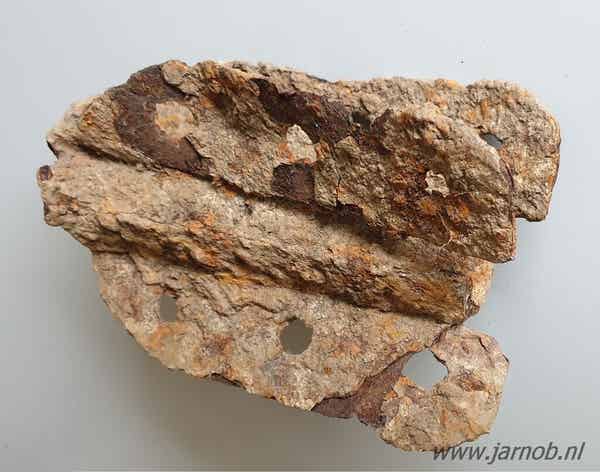 Mortar bomb tails of British origin. The tails with 2 holes are the 3 inch model, the tail with 3 holes are the 4.2 inch type. From both types a reference photograph is depicted. 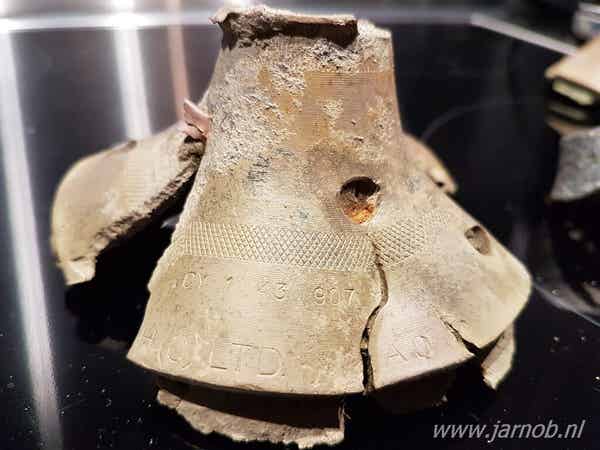 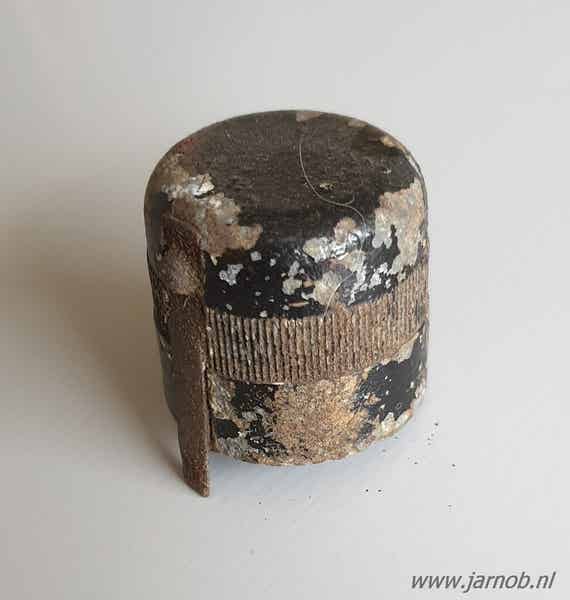 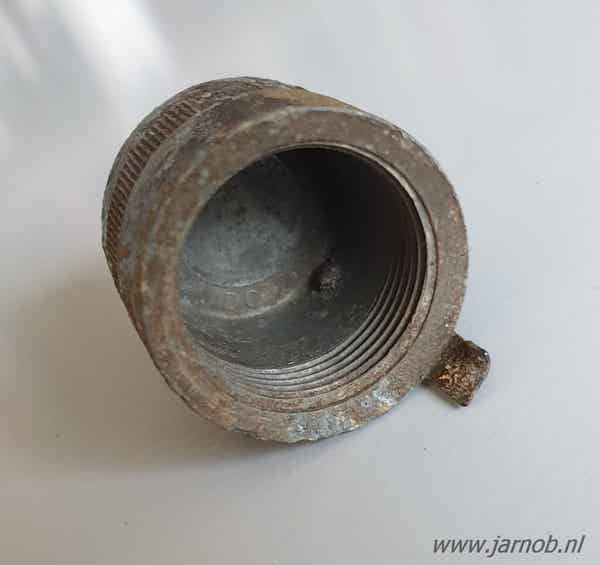 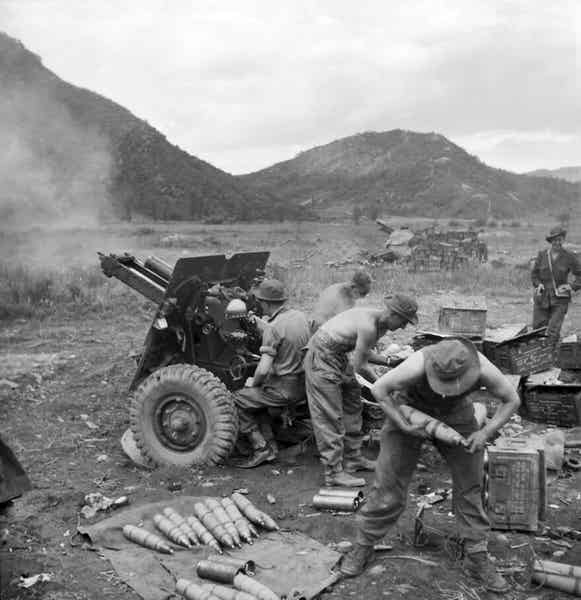 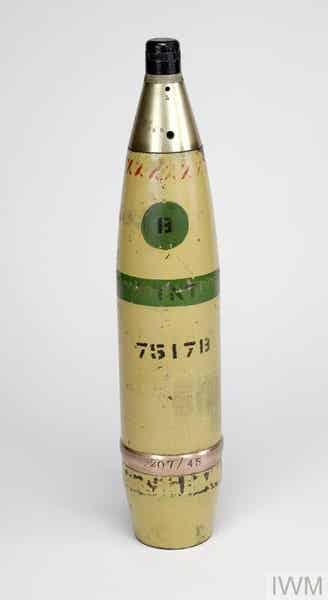 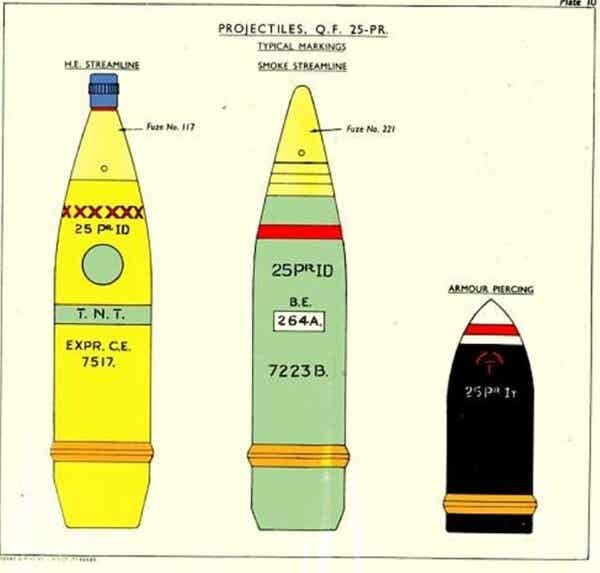 QF 25-pounder Artillery was used in very high qunatities by all British, Canadian, Polish and other Commonwealth forces during ww2. On German battlefields many shrapnell and fragments can be found. All detonator tips are marked with types, date etc. Those which I found are always H117 (standard HE) and H119 (graze HE). On a certain location I also found several detonator caps - indicating that spot being used before by an QF 25-pounder artillery battery. 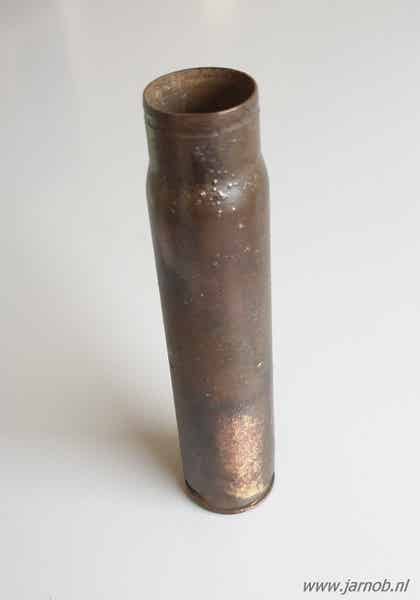 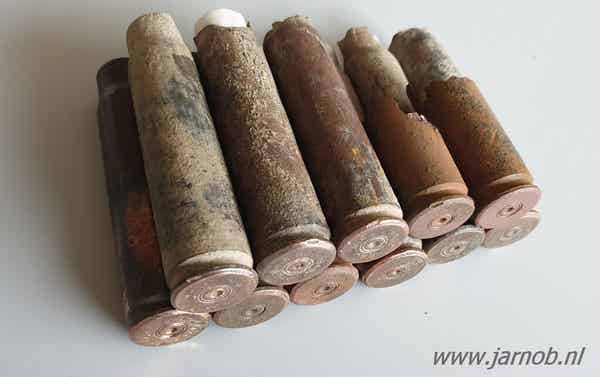 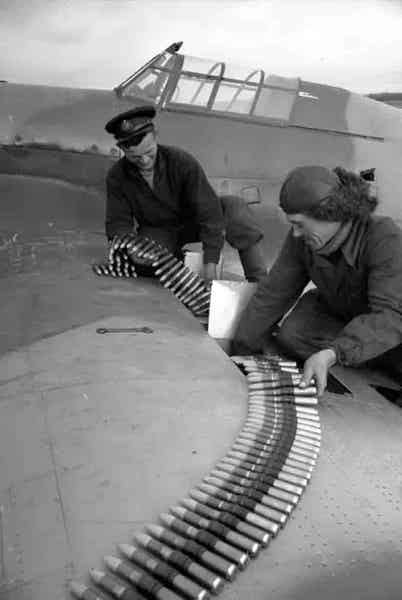 20mm Hispano canon rounds were used by many allied fighterbombers - including models of the Typhoon, Spitfire, Hurricane etc. and also by bombers like the Shackleton. The empty cartridges were discarded in flight when used. Therefore these can litterally be found anywhere, not just on battlefields. Of course on battlefield were these aircraft gave ground support you will find more of these. 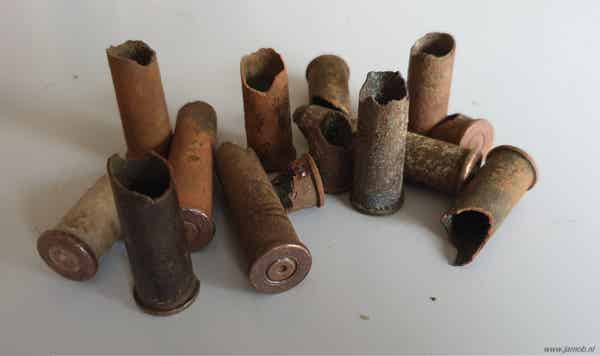 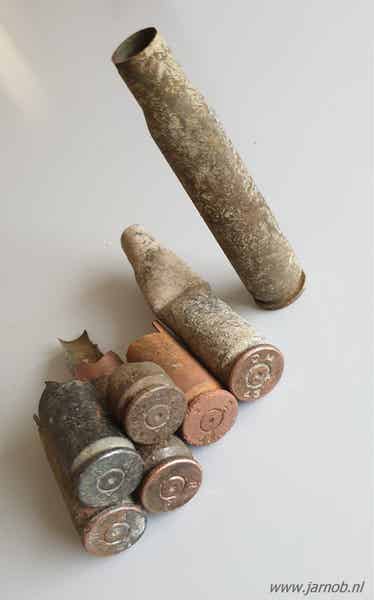 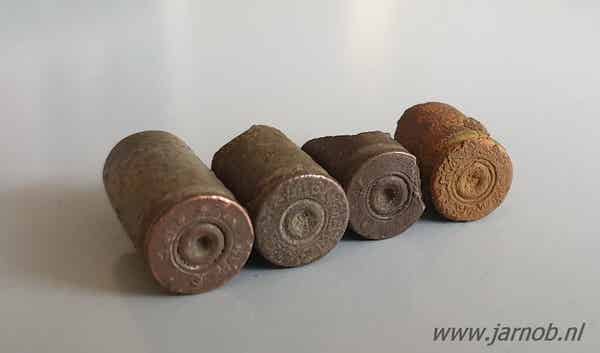 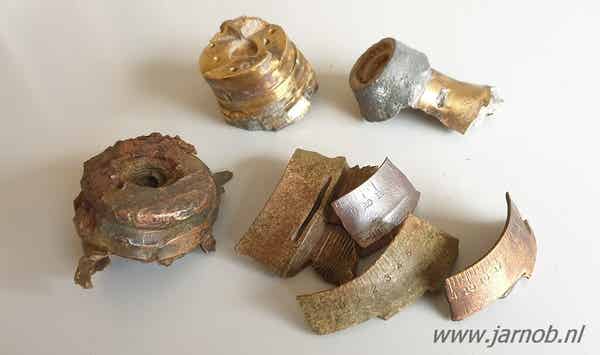 Small arms cartridges can only be found on battlefields. These are always marked with the production year; at the end of the war many would have a 1943/43 or 1944/44 mark. The first photograph depicts .303 Enfield/ Bren gun cartridges - the Bren gun rounds can be identified by a stamped dot in the rim. These .303's can be easlily identified by the large extended base rim.

The second photograph shows US 30-06 cartridges. These were used by the British on behalf of the lend-lease program since 1940. Enfields were especially modified for it. Other rifle types which used these 30-06 are Browning Automatic Rifles (BAR) and Springfields. All are wartime years marked and are identified by the same diameter base rim.