The Normandy American Cemetery and Memorial is a World War II cemetery and memorial in Colleville-sur-Mer (Normandy, France) that honors American troops who died in Europe during World War II. The cemetery is located on a bluff overlooking Omaha Beach (one of the landing beaches of the Normandy Invasion) and the English Channel. It covers 172.5 acres, and contains the remains of 9388 American military dead, most of whom were killed during the invasion of Normandy and ensuing military operations in World War II. Included are graves of Army Air Corps crews shot down over France as early as 1942 and four American women. A memorial in the cemetery includes maps and details of the Normandy landings and military operations that followed. At the memorial's center is a bronze statue called ‘Spirit of American Youth Rising from the Waves’. 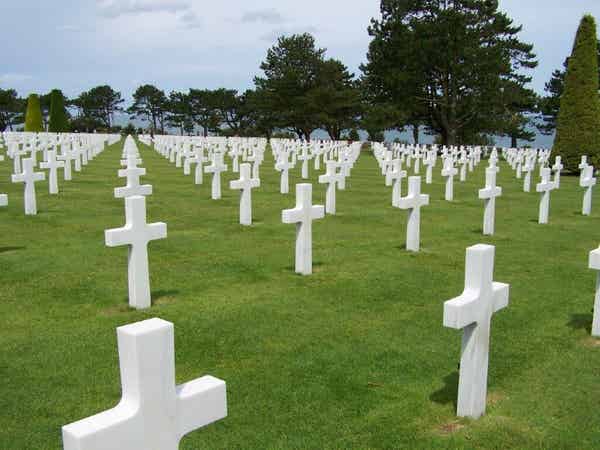 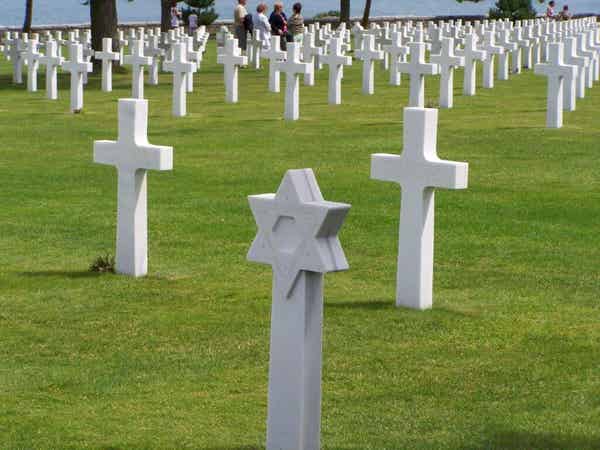 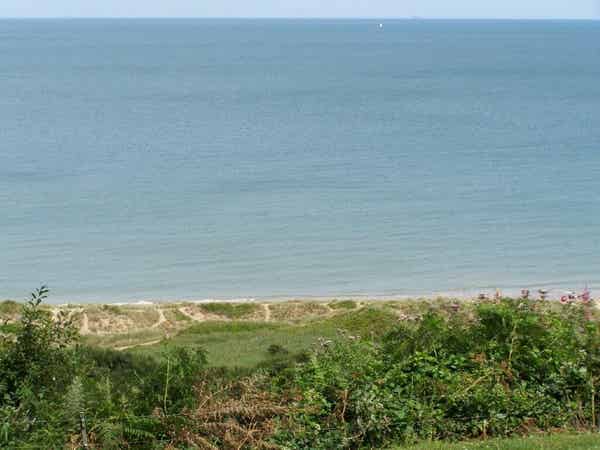 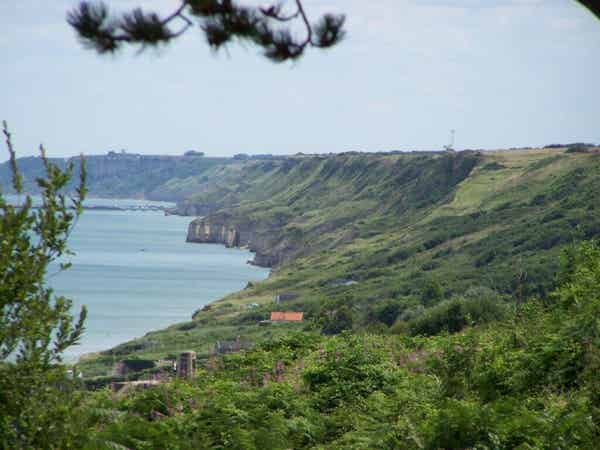 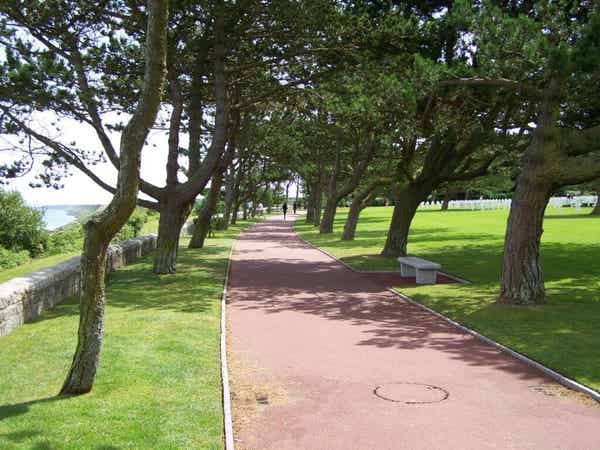 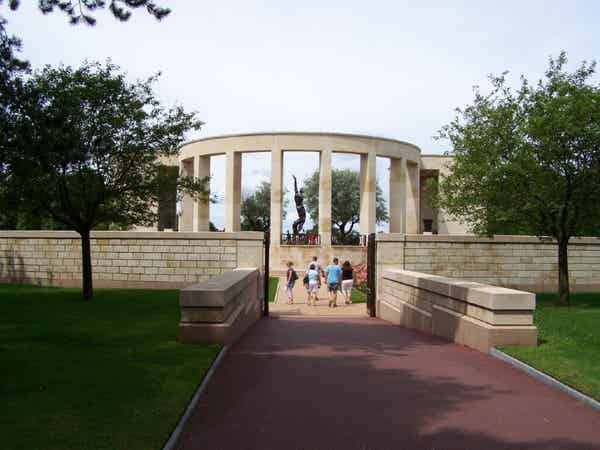 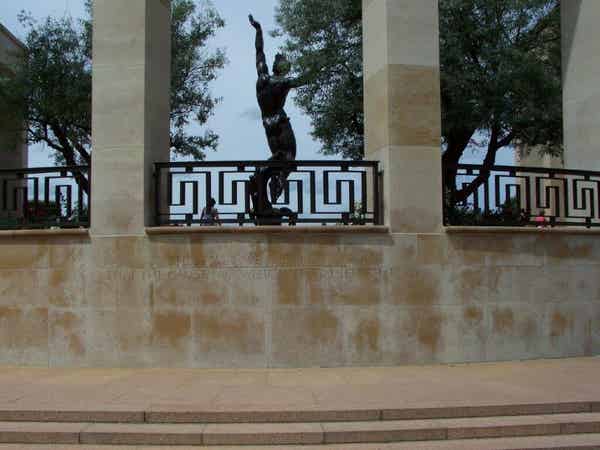 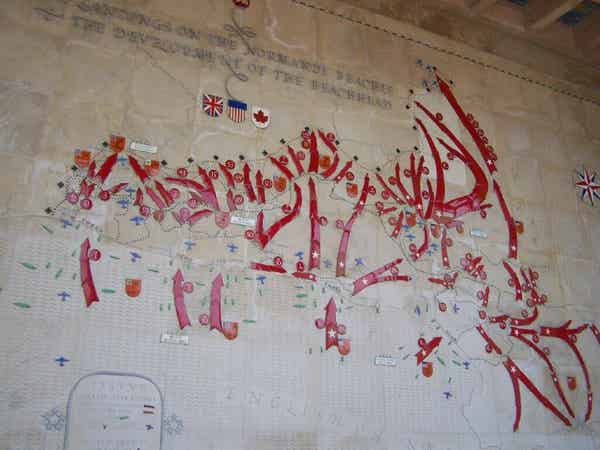 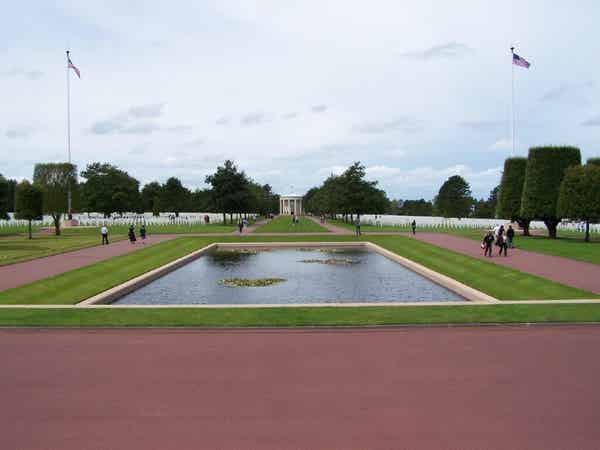 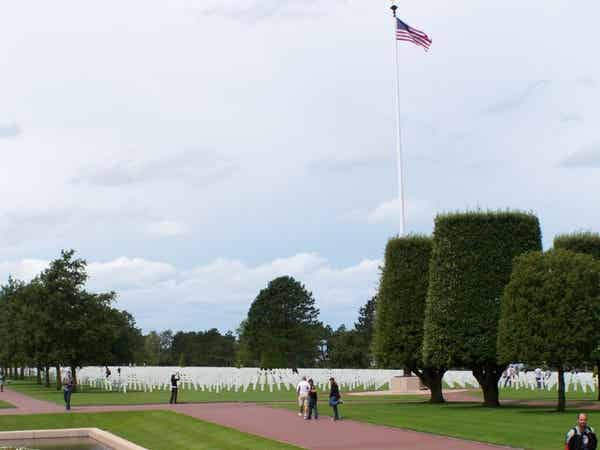 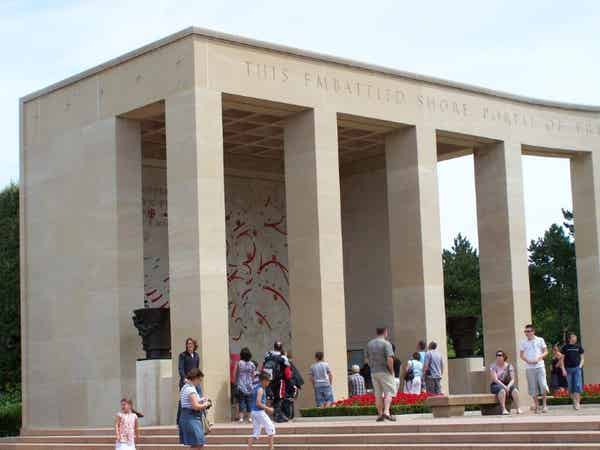 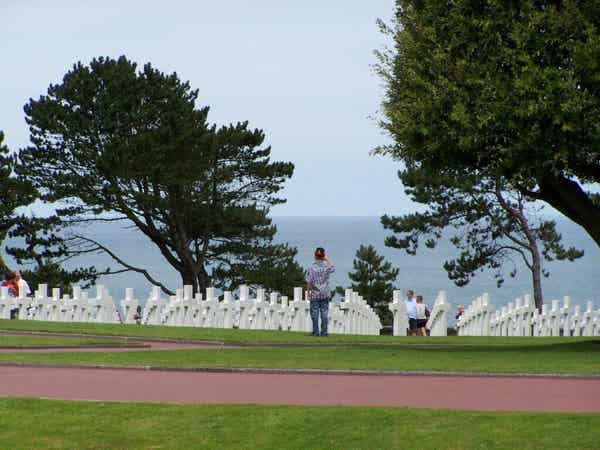 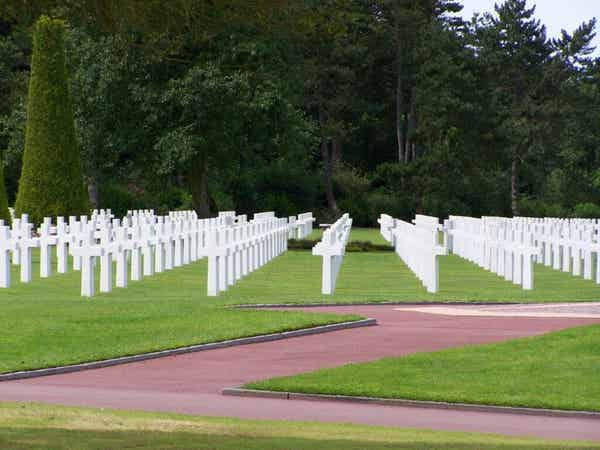 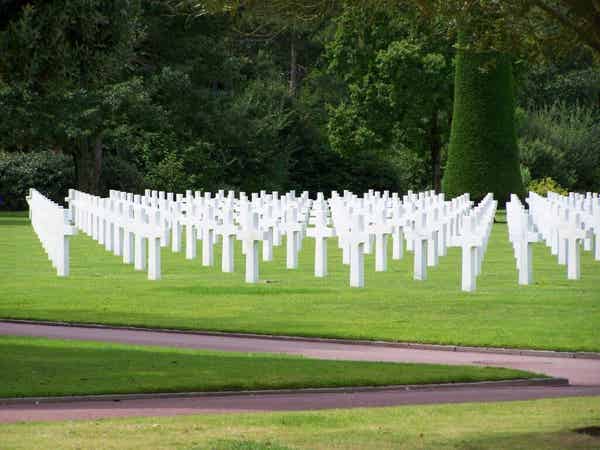 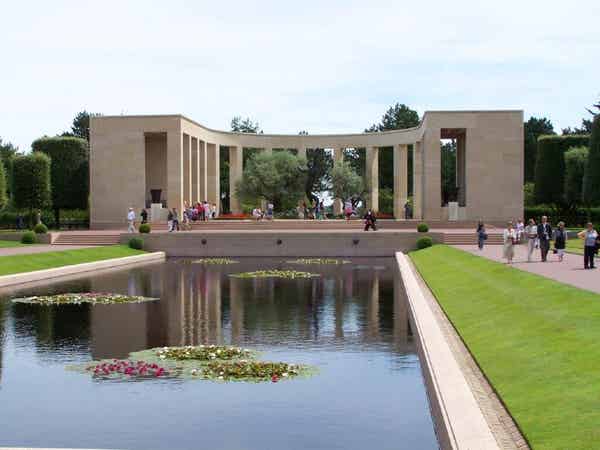 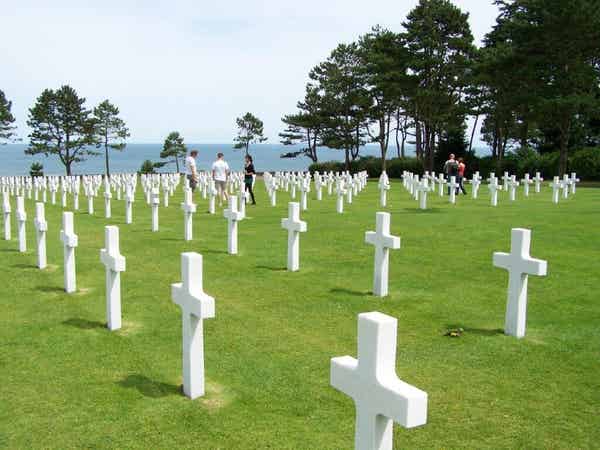